Exclusive: I Felt I Wouldn’t Be Able To Play Damodar, Says Gondya Ala Re’s Bhushan Pradhan

The actor will be seen playing Indian revolutionary Damodar Chapekar in the ZEE5 original Marathi series. Read exclusive interview inside! 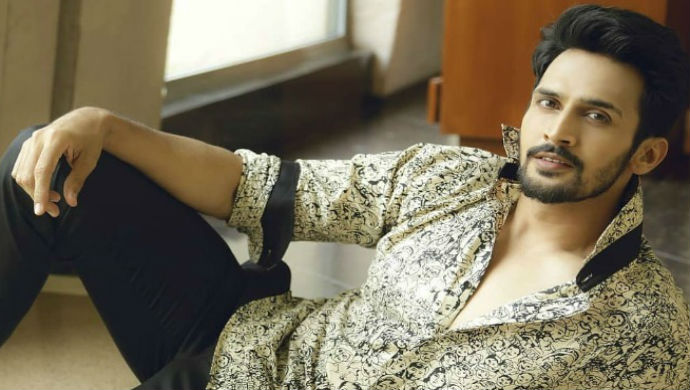 India’s freedom struggle boasts of several revolutionary events. And yet, there are some that are either known frivolously or not known at all. One of these is India’s first rebellion, led by the Chapekar brothers. The group of five men revolted against the atrocities being conducted by British officials, during the bubonic plague of 1897 in Pune. The Chapekar brothers carried out a planned assassination of WC Rand, the plague commissioner in the city, under whom the citizens were being subjected to inhumane acts. ZEE5’s original Marathi series Gondya Ala Re sheds light on this revolution and features Bhushan Pradhan, as Damodar Chapekar, the main character of the show.

In an exclusive interview with us, the actor revealed that he found the role extremely challenging. Bhushan added that a part of him thought he wouldn’t be able to play Damodar. “I had never gone bald before for any of my characters. I have been very active regarding my fitness but haven’t done a bare- bodied shoot for any of my films. There are many firsts that I have done for this series. But I was also looking for a challenging role, which would make me doubt myself,” he said.

A story of the unsung heroes that sparked the revolution to Independence. #GondyaAlaRe, premieres 15th August only on #ZEE5Premium. Subscribe now!

While talking about Damodar’s history and legacy, Bhushan said that he knew of the revolutionary but the knowledge was limited to a paragraph that he read in his history book. “We had a paragraph which covered the entire story of the Chapekar brothers,” he says, adding, ” So naturally, I didn’t know much. All I knew was the Chapekar brothers killed Rand. I never gave it a thought about how they managed to get their weapons, their training, why did they plan this. None of us are really aware of these things. I came to know all this only when Ankur (director) sent me one of Damodar’s autobiography and some material to read.”

Interestingly, Bhushan was brought up in Chinchwad, which is the birth place of the Chapekar brothers. When asked whether acting was always on the cards, he reveals that getting into the entertainment industry was his plan since the age of eight! “The first time when I did a play, all my teachers told me to complete my education and pursue my talent. None of my friends or relatives are surprised that I am an actor today. Every decision that I took in my life was related to this profession,” said the actor.

If you have watched Gondya Ala Re let us know what you think about the actor and his performance in the comments section below!

Rana And Chi Chi’s Friendship Is The Best Surprise We Could Ever Get!