Arun has created and directed the ZEE5 original Marathi series, based on the legacy of Chapekar brothers. It features Bhushan Pradhan as the lead. 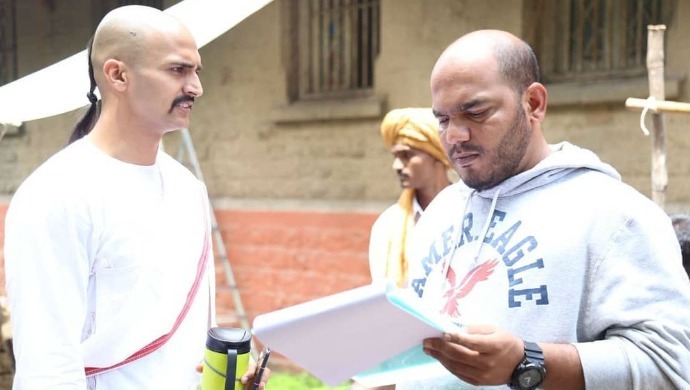 ZEE5’s recently released original Marathi series Gondya Ala Re, tells a tale from our history, that isn’t popularly known, but should be. The series created and directed by Ankur Kakatkar, tells the story of the Chapekar brothers and how they led India’s first ever rebellion against the Britishers. It sheds light on the assassination of W.C Rand, a British authority stationed during the bubonic plague that struck Pune in 1892. What led the Chapekar brothers to kill him is one of the many events that this series highlights. We exclusively got in touch with Ankur, who discusses the casting with us.

The series features Bhushan Pradhan as the main character Damodar Chapekar, followed by Kshitish Date as Bapurao and Shivraj Waichal, among others. When asked how Ankur’s experience was like working with such a varied bunch, he says, “Bhushan and I were college mates. His first inter-collegiate play was directed by me. After that we never got a chance to work professionally. When I started creating this series, Bhushan was the first name which came to my mind. He has done great justice to the character (Damodar).”

Adding to that, he says that he shares a familiarity with other cast members as well since they all hail from Pune. “We know each other as we belong to the same theatre circle in the city. But yes, I have never directed Sunil Barve, Pallavi Patil or Bharat Dabolkar. And it was a really great experience, working with them. Everyone was on the same page as they all were keen to tell this story (of Chapekar brothers),” says Ankur.

Talking about how much liberty should a director take when recreating historic content, Ankur says that it’s all about the storytelling. “I can’t say how much freedom can a director take when making such content per say. But what I do know is that it’s important to stick to the facts and historic events. It all boils down to the way the story is told rather than creative freedom.”

When quizzed about some of the pressing social issues that India needs to focus on, Ankur says, “I think cleanliness is something that we need to focus on. I think it’s a very important part of any nation.” Adding to that, the director says that when it comes to nationalism, we don’t fall short in any way. “I think we have ample amount of patriotism and nationalism. I know for a fact that we all love our country very much.”

In conclusion, Ankur says the one thing that people should take away from Gondya Ala Re, is “our fascinating history” and that we “shouldn’t forget our roots.”

Watch the first episode above and tell us what you think in the comments section below. Catch all the episodes of Gondya Ala Re, streaming for free on ZEE5.