In an exclusive interview, the host of Home Minister gave us a sneak peek into upcoming fresh season from January 1st! 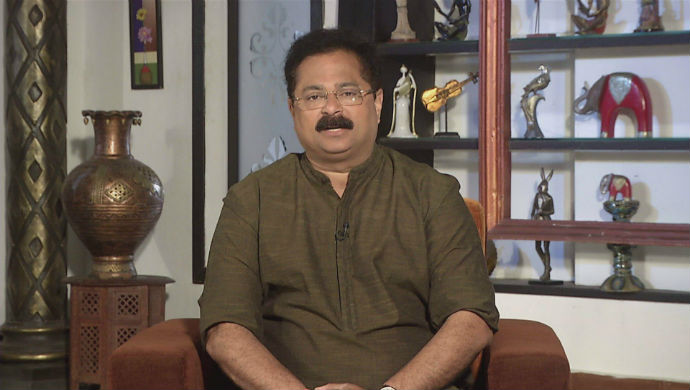 Every time when someone says ‘bhauji‘ and ‘paithani‘ in one sentence, our mind immediately conjures the images of Aadesh Bandekar entering a house with the Home Minister team. Home Minister is one of those shows which have the magic in them to etch themselves in the audience’s memory. In this journey of 16 years, there has never been a moment when we had to watch repeat episode thanks to ceaseless efforts put by the team. So, for the first time ever, as Aadesh Bhauji crosses the boundaries of Maharashtra, we took this opportunity at the ZEE5 calendar launch for January 2020 to know how he felt about it. The ZEE5 platform also has the slew of fantastic originals which are in the pipeline and will start the new year with a bang!

Watch an episode of Home Minister below:

To be honest, we broke into a happy dance when we got a chance to interview Aadesh Bhauji who is always the one interviewing others. In this tête-à-tête, the host of Home Minister opened up about the successful run which the show had for over a decade. When we pestered him to tell us about Home Minister Bharat Daura, he said, “We realised there is a Maharashtra which lies beyond the borders of Maharashtra. There are (Marathi) families who have migrated to different regions in India. These families, even though living in a new state, still celebrate the Maharashtrian culture with the same excitement.” He also explained how they were welcomed by these families with dhol-tasha and lezim dance on arriving at the location.

While expressing his feelings, he told us the happiness comes when he is able to witness moments like these. Being the fans of the show, we couldn’t be more elated to know the wonderful experience Aadesh Bhauji has had. On that note, don’t forget to watch Home Minister Bharat Daura streaming on ZEE5 from Monday to Saturday!

Meanwhile, for more entertainment, check out the latest episodes of your favourite TV shows streaming free on ZEE5.

Agga Bai Sasubai Promo: Will Asawari Stand Up For Herself?