Every Girl Should Have A Boyfriend Like Vazandar’s Alok

The character played by Siddharth Chandekar is an ideal partner that every girl needs. 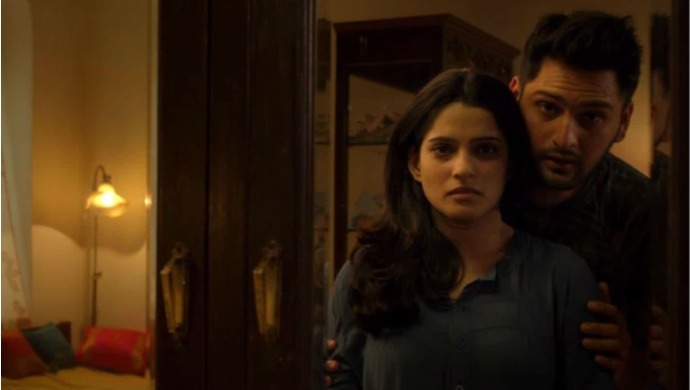 Vazandar starring Sai Tamhankar and Priya Bapat tells the story of two women Kaveri (Sai) and Priya (Pooja) struggling with weight issues who start following a diet together. We are then taken on their journey of challenges and achievements. The Sachin Kundalkar directional is a heartwarming tale that preaches the idea of self love and how inner beauty matters above everything else.
Watch the film below:
Kaveei is a housewife,  belonging to the Jadhav family, that is rich and strict in its ways.  She wishes to go and explore new places,  enroll in various activities but isn’t allowed to.  As a result,  she often sneaks out and is helped by her bestie Pooja,  who is a student looking to join a postgraduate program aborad.  She is a sweet natured girl who often suffers from bouts of low self esteem and body image issues.
These characters are endearing and are made stronger by the supporting cast,  which includes Siddharth Chandekar. The actor plays Pooja’s boyfriend Alok in the film and makes for an ideal partner that every girl needs.  Why do we say so?
Well for starters it’s unheard of or even shown that a hunk like him falls for a woman who is slightly on the heavier side. If you look at pop culture,  it’s mostly depicted that such men either use women or just look through them. But Alok is different.  Despite being incredibly good looking himself,  he doesn’t let his appearance define who he is.  Alok isn’t your typical shallow man who looks down upon overweight women. Instead,  he accepts Pooja the way she is and makes her see her beauty,  no matter what the size.
In a moving scene from the film,  he makes Pooja look at herself in the mirror and say ‘ I love myself. ‘ He holds her hand when she starts doubting herself and makes her believe that she’s perfect the way she is.
In every way,  Alok is the supportive, caring, considerate and accenting partner that every girl desires.
Watch the film above and tell us what you think of him in the comments section below!
If you are a Priya Bapat fan, watch her hilarious interview in Chala Hawa Yeu Dya on ZEE5 here.