Ever Wonder What Convinced Bhau Kadam To Take Up Liftman?

Can you make a guess? Tap here to know the answer. 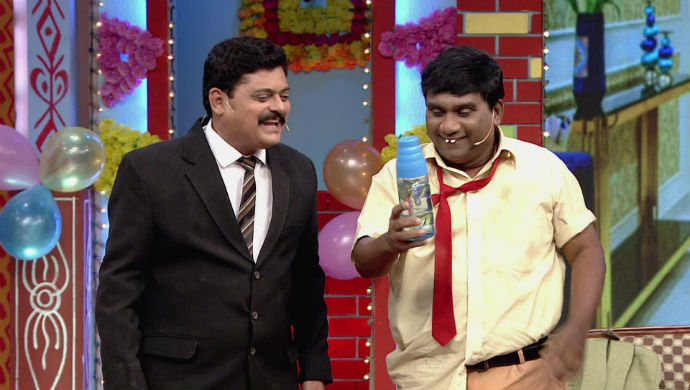 Each night we laugh till our stomach hurts while watching comical acts on Chala Hawa Yeu Dya. Each episode comes with new delights in store for us as comics including Bahu Kadam make us grin endlessly. If you have enjoyed the actor’s performance in CHYD, then you will love Liftman.

ZEE5 original series, Liftman, shows a lift operator’s everyday elevator shenanigans. Bhau Kadam, the protagonist, essays the role of the liftman while bringing his humorous on the table with the sense of ease. But, did you ever wonder why he picked this particular role? The comedian had oodles to say while in an interview with a leading news organisation.

Bhau Kadam’s talent will make you giggle effortlessly on Liftman

Lately, we have seen a lot of actors opting for web series. Recently, Bhau Kadam being one of them, said, “This series marks my web debut in a titular role, and I couldn’t have chosen a better concept for the same.”  Unlike CHYD, Bhau Kadam has taken the centre stage single-handedly, in this ZEE5 Original, while entertaining us. He continued, “With smartphones becoming such a common feature, entertainment options with the audience are gradually changing. Today, literally everything is at one’s fingertips – and in such cases how can one be left behind?”  This was indeed a good decision by the actor as we loved every bit of comedy that was oozing out of him in the episodes.

Just like Bhau, even Isha Keskar and Virajas Kulkarni stepped into the virtual space by making their hit series Horn Ok Please. While one of the finest actors Chinmay Mandlekar was seen in web series Halal. Take notes as after watching Liftman, these could be your next go-to options.

Don’t forget to let us know your thoughts on Liftman in the comments below.

Can You Tell What Is Brewing Between These Mazhya Navryachi Bayko Ladies?

These 5 Celebrity Couples Prove Age Is Just A Number