Popular TV shows Tula Pahate Re, Swarajyarakshak Sambhaji and Jai Mahar are all set to return on TV and we just can't keep calm about it! 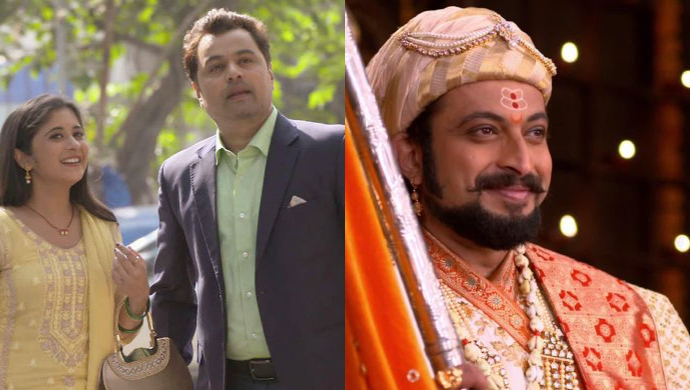 Since its inception, Zee Marathi has always managed to entertain fans with a wide variety of television shows ranging from daily soaps, cookery shows, reality shows and so on. These shows have carved a special place in the audiences’ hearts and are still being watched even after going off-air. The channel has now announced that three of the channel’s most popular shows- Tula Pahate Re, Swarajyarakshak Sambhaji and Jai Malhar will be retelecasted starting from 6th April. This news has been welcomed by fans as they now have something to look forward to while staying at home during the quarantine amidst the ongoing coronavirus pandemic. Have a look at the details below.

One of the shows that will be retelecasted on Zee Marathi is suspense thriller Tula Pahate Re. This popular serial broke the TRP records during its successful run on TV. The show starring Subodh Bhave and Gayatri Datar revolved around the lives of the couple- Vikrant and Isha- who got married despite the 20-year age gap between them. Things take a shocking twist in their love story when it’s revealed that Vikrant is suspected for murdering his first wife Rajanandini and Isha is believed to be her reincarnation! Viewers couldn’t get enough of this thrilling tale and we are sure they would love to watch the drama unfold again. This gripping story will be back on your TV screens starting from 6th April.

The historical show Swarajyarakshak Sambhaji will also be rerun on Zee Marathi starting from 6th April. This popular drama recently concluded after Sambhaji’s painful death at the hands of Aurangzeb. The engaging performances of the actors coupled with the beautiful portrayal of historical events made the show an incredible visual experience. Starring Amol Kolhe and Prajakta Gaikwad in lead roles, the show is a must-watch, especially for history lovers.

Jai Malhar is a mythological TV series that starred Devdutta Nage, Isha Keskar and Surabhi Hande. It was based on the legend of Khandoba, a deity in Maharashtra who is considered to be the reincarnation of Lord Shiva. The show became massively popular owing to the powerful performances. It is all set to return to Zee Marathi on 6th April and we’re just as excited as you are!

5 Tips To Improve Your Immunity For Keeping Coronavirus At Bay

Amruta, Gautami, Shreya, Sarita Or Shivani – Who Looks The Best In A…

Which of the shows do you miss watching the most? Comment below and tell us!

Gulabjaam: Every Foodie Will Relate To These 5 Qualities From The Heart-Warming Film!

Exclusive: I Connected With Maya On The First Day Itself, Says Ruchira Jadhav