The ZEE5 original Marathi film starring Ashwini Ladekar and Sahil Kene critiques this practice. Which other films do so? 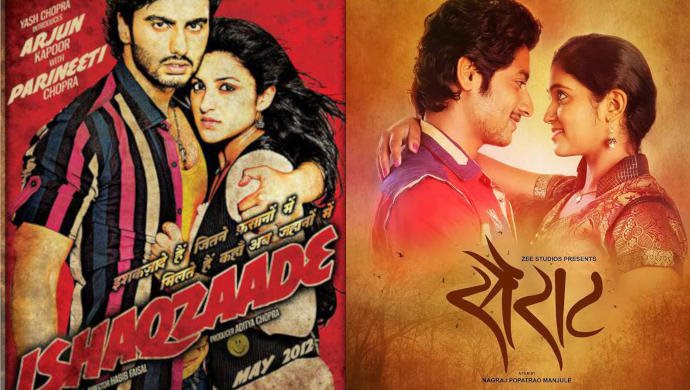 In India, it’s not common for a boy and girl hailing from different religions/ castes etc. to get married. Though there are exceptions, we come across a lot of couples from this category, complaining about how their parents are giving them a hard time. ZEE5’s Dhaaga critiques the practice of honor killing.

Watch the film below:

Though some family members simply express their anguish, there are others that act out, by killing such couples. In India, there are thousands of cases of honour killings, where the boy and girl’s family members murder them, in “honour” of their religion or caste. It is a shocking reality that we live in. Here are some films that represent this practice:

What begins as a story between a brother and sister, soon turns into a shocking tale of honour killing. Uma (Ashwini Ladekar) is in a relationship with Biju and is forced to hide her relationship from her parents. But the two get caught and suffer from a tragic ending. The story however doesn’t end there as something more shocking follows their death. What is it? Watch the film above and find out!

Starring Rinku Rajguru (Archana) and Akash Thosar (Prashant), this film on honour killings, is probably the most powerful one made yet. Archana, the daughter of a wealthy politician and Prashant, a son of a fisherman, are in love and want to spend their lives together.

But the narrow-mindedness of the small town they reside in, doesn’t let them have their way. Their families are against their relationship and as a result, Prashant and Rinku elope. They start a new life together, but their love story ends with brutal murder. The climax of Sairat is what made it a sensational hit. Watch it here.

Anushka Sharma was slotted as a ‘commercial’ actress by audiences after string of magnum opus films. The artist however broke this tag with NH10, a bold and unconventional film in every sense. Also starring Neil Bhoopalam, this film tells the story of Meera (Anushka) and Arjun (Neil), a couple that witnesses a shocking turn of events during their road trip.

During a stopover, Arjun and Meera are approached by Pinky, a girl desperate for help as she and her husband about to be killed her own brother. Arjun and Meera discover that they are dragged into a case of honour killing. They try to help Pinky but must face the bunch of violent goons as they do so.

Arjun Kapoor and Parineeti Chopra made a smacking debut with Ishaqzaade. The film tells the tale of Parma (Arjun) and Zoya (Parineeti), that hail from rival political parties and end up falling in love. Their relationship isn’t accepted by both families. Parma and Zoya try escaping town but in vain.  They realise that there’s no way out other than killing themselves.

Which of these films do you like the most? Tell us in the comments section below!

You can also watch Dhaaga in languages such as Hindi, Malyalam, Kannada, Telugu, Bengali, and Tamil.

If You're A Fan Of Crime Thrillers, Watch Saqib Saleem's Rangbaaz!

Want To Get The #RanaStyle Like Tuzhat Jeev Rangala's Rana? Here Are 6 Things You Need