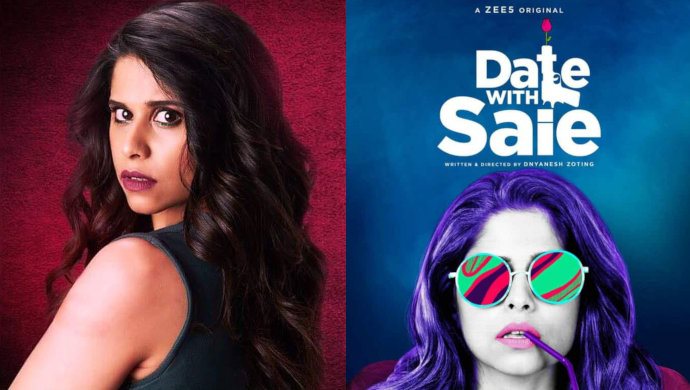 ZEE5’s Original Marathi series Date With Saie is a thrilling fictional tale of actress Sai Tamhankar’s (playing herself in the show) abduction by an obsessed filmmaker. The director Himanshu, tortures Saie and forces her to act in his film. Himanshu is dangerous and violent. He carries around a gun and does whatever he can to make Saie shoot the scenes for his film. In a situation as such, one would imagine Saie to succumb out of fear.

Watch how Himanshu charms Saie with his gentlemanly behaviour in this episode here.

But her character is daring and uses every opportunity she gets to escape Himanushu’s tight watch on her. Here are some clever decisions Saie takes that you can replicate if you ever sense any danger.

When Himanshu confesses his love for Saie at the latter’s house-warming party, she makes it clear that she is not interested. She is firm and even asks Himanshu to get out of the house.  If you feel someone making a move that you aren’t comfortable with, don’t hesitate to let the person know how you feel. If he still doesn’t stop,.

2. Saie alerts the police   create a ruckus and get immediate help from people near you

When Saie realises that her house is bugged with hidden cameras, she immediately alerts the police. She refrains from acting alone against Himanshu and seeks help. If you feel someone is stalking you and treating you in similar way, ask for additional help instead of handling the situation all by yourself. You never know how dangerous the culprit might be.

In a scene from the show, Himanshu asks Saie to slash her wrists and commit suicide along with him, as the film needs to have a tragic ending. Saie is shocked and hesitates. Himanshu eggs her on to go ahead when the lights go off in the apartment and Saie uses this opportunity to throw him off the chair and run.   Of course, we hope and pray that you are never caught in a situation like this. The point here is to make use of every opportunity you get to act smart and throw the culprit off his game, like Saie does in this scene.

Which of Sai’s films or TV shows do you like the most? Tell us in the comments section below!

We Bet You Won't Be Able To Recognise Tula Pahate Re Actor Subodh Bhave, Pic Inside!

Akshaya Deodhar, Gayatri Datar, Ladoo Had A Fam-Jam That You Would Want To Be A Part Of