The comedian will play the late Marathi star in the upcoming episode, featuring celebrity guest Mrinal Kulkarni. Watch video inside! 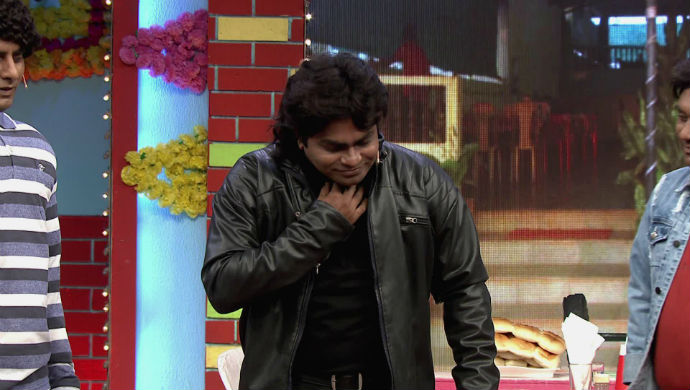 The upcoming episode of Zee Marathi’s entertainment show Chala Hawa Yeu Dya will be one like you haven’t seen before. Celebrity guest Mrinal Kulkarni will be making an appearance and be witness to a tribute act, by comedian Kushal Badrike. The talented actor will be essaying late Marathi star Laxmikant Berde! For those who don’t know, the latter was a celebrated Marathi actor, particularly known for his comedy roles. He was also seen in Hindi movies as a character artist, Hum Aapke Hain Koun being the most well- known of all.

Laxmikant passed away in 2004 due to a kidney ailment. But his legacy will be brought alive by Kushal and we can’t wait for the same! Check out the latest promo of the episode here.

Don’t miss Bhau Kadam trying to dance along in the background! Clearly Mrinal can’t get enough of the CHYD team’s crazy antiques. It’s going to be a mad house, so don’t miss the upcoming episode at any cost! Tell us what you think of the promo in the comments section below and stay tuned for more updates.

Catch all the episodes of Chala Hawa Yeu Dya, streaming for free on ZEE5 here.

Why Did Bhushan Pradhan's Mom Cry While Watching Gondya Ala Re? Watch Video To Find Out!