The new season will be called 'celebrity pattern,' and will also feature Tula Pahate Re's Umesh Jagtap aka Jhende. Watch the promos inside! 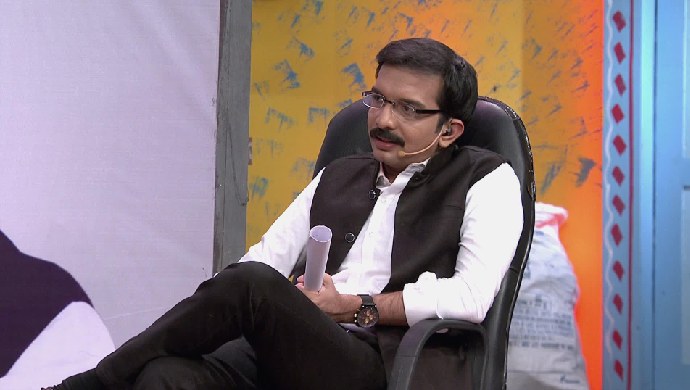 Nilesh Sable’s popular show Chala Hawa Yeu Dya has become a sensation and how. The show is the right mix of drama and comedy, where the who’s who of the Marathi industry is seen at their funniest best. The previous season showcased actors such as Priya Bapat, Umesh Kamat, Ashok Saraf and many others. The upcoming season is about to get bigger and better! It will be called ‘Chala Hawa Yeu Dya Celebrity Pattern,’ and will feature Tula Pahate Re actors Abhidnya Bhave, Ashutosh Gokhale and Umesh Jagtap. The actors are seen as characters Maya, Jaypdeep and Jhende in the show and will now show us their funny side in Chala’s latest season.

Zee Marathi has been posting promos of the upcoming season on its official Instagram handle. Check out this one where our Jaydeep tells the fans to watch out for his act.

Don’t you just love the part where he calls the woman Vaini? Lol! And here’s another from Abhidnya aka Maya.

Umesh has always displayed his serious side as Jhende in Tula Pahate Re and now will tickle our funny bone with his new avatar. Check out his video here.

Not just Tula Pahate Re, but even actors from Ratris Khel Chale 2 will be seen in the show. Check out the promo here.

Looks like the upcoming season will be full of glamour and entertainment! Are you excited? Stay tuned for all the updates here.

Check out all episodes of Chala Hawa Yeu Dya, exclusively on ZEE5

Watch Sanjay Naverkar Talk About His Vaastav Days, His Bond With Sanjay Dutt And More On The Latest Episode Of Kanala Khada!

6 Summer Outfits By Abhidnya Bhave, Isha Keskar That You Need In Your Closet