Here's a never seen before avatar of Bollywood's Mr Perfectionist. 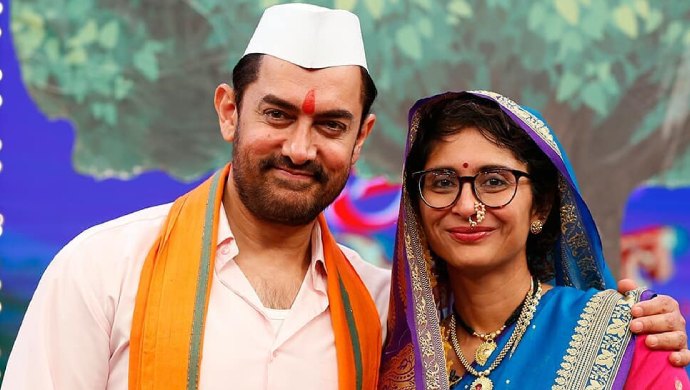 For the past few years, we don’t face #MondayBlues like anyone else. In fact, we love to begin the week as our favourite show Chala Hawa Yeu Dya streams on ZEE5. The jokes taken from Thukrawadi have a special place in our hearts. So, now, what if told you Bollywood’s Mr Perfectionist Aamir Khan is blessing this comedy show yet again?

Before you proceed, watch the episode of Chala Hawa Yeu Dya below:

Recently, Zee Marathi teased us with the behind the scene glimpses taken on the sets of Chala Hawa Yeu Dya. We saw Aamir accompanied by wife Kiran Rao laughing heartily on the jokes of these comedians. More importantly, the star tweeted these pictures which went viral on social media, too. The Jo Jeeta Woh Sikander actor was in a traditional Marathmoli topi, sadara lehenga with a tilak on his forehead. Meanwhile, Kiran followed her husband’s footsteps by wearing a Paithani saree and nath. This was definitely a pleasant surprise as we are used to seeing this adorable couple in the glamorous western ensembles. The couple performed a skit together on the stage.

They went live on Facebook soon after their arrival to interact with loyal fans. Before this, too, Bollywood’s Mr Perfectionist had come on the talk show stage.

On that note, are you excited to see the episode as we are? Let us know your thoughts in the comments below and don’t forget to tune into this episode on  April 1 and 2 at 9.30 pm.

In A Mood For Some Horror Stories? Watch Parchayee Exclusively On ZEE5