Can You Guess Which Actor Has Taken Over Batman’s Responsibilities? 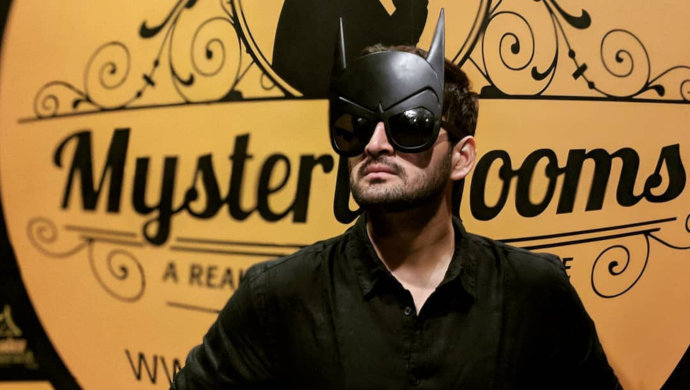 So, when you think about the DC universe, who is the first superhero that comes to your mind? Believe it or not, for me, it is Batman. However, until now, I thought there was only one Batman that existed in the world. But I was pleasantly proven wrong after knowing this superhero has a twin from the Marathi film industry. Can you guess which actor is the Marathi Batman?

Before you start guessing, watch Gulabjaam which is as tempting as this read

Our film industry’s Batman charms us onscreen in his movies while being the city’s vigilante. You can’t have missed his hit film which released in 2018. We are forever floored by his acting skills and goofy persona. Also, he recently got engaged! And…that was your final clue, people.

This actor is none other than our favourite chocolate boy, Siddharth Chandekar.  The Gulabjaam actor revealed his secret on Instagram while wearing the Batman mask.  We want to know if he is accepting applications for the position of his sidekick? Because we want to be his Robin!

Siddharth’s last movie, Gulabjaam alongside Sonali Kulkarni was quite impressive.  Although we are still waiting to see the actor doing full-fledged action scenes, it would be interesting to witness how he moulds himself in his future projects.

Do you like Siddharth Chandekar just as much as us? Tell us in the comments below.

If you are a big fan of the actor, don’t miss Vazandar streaming on ZEE5.