Check out the promo inside to find out what happens to Mohan on his first night! 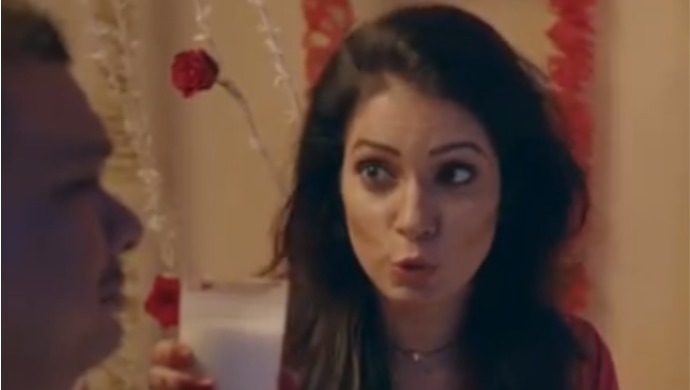 If you’re still recovering from Tula Pahate Re’s hangover, we’ve got something that will make moving on a bit smoother. Gear up for a brand new show- Bhago Mohan Pyare! The serial starring Atul Parchure and Sarita Joshi tells the story of a man who marries the love of his life. But his world turns upside down when he discovers that his wife is a poltergeist! All she is interested in is doing black magic and acquiring his property. Uh oh!

In the latest promo, we can see Mohan frightened to death during his suhaagraat. He is praying that his wife doesn’t show up. And just when he thinks he is saved, there she is next to him, offering a glass of milk. Watch here.

This is probably the first time in the history of Marathi television, that a show containing a supernatural plot twist will be showcased. It will be interesting to see how Mohan deals with his witch wife and how the latter manipulates him. Right guys?

We are excited to see Atul- Sarita’s pairing and what this couple has in stores for us. Watch the promo above and tell us what you think in the comments section below! Catch all the episodes of Tula Pahate Re, streaming for free on ZEE5.

Will gurunath And Shanaya Get Back Together? Watch Mazhya Navryachi Bayko On ZEE5!