Before Watching Me Shivaji Park, Update Yourself On The History Of Dadar’s Iconic Landmark

The film starring Dilip Prabhavalkar and Vikram Gokhale, features Dadar's famous spot Shivaji Park. Get to know all about this popular park! 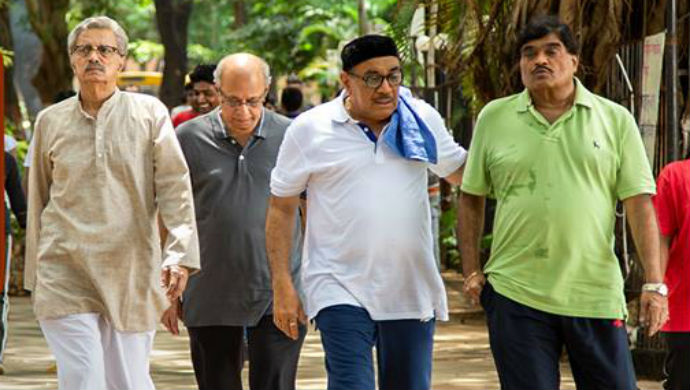 Can you imagine a bunch of retired people coming together to solve a murder? Well that’s what happens in Marathi film Me Shivaji Park. Starring Ashok Saraf, Vikram Gokhale, Dilip Prabhavalkar, Shivaji Satam etc., the film tells the story of five retired friends, who meet at Shivaji Park, to go for a jog and discuss political affairs. Things take a drastic turn when Satish’s granddaughter dies, after falling from a high rise building. The incident is believed to be an accident, but Satish’s friends are certain that it’s murder and decide to solve the case.

It will help to know a little bit about Shivaji Park, which is an iconic spot at Dadar, where people visit to spend picnics, go for a jog, hang out with friends etc. It is surrounded by happening pubs and eateries. Before becoming a popular recreational site, it used to host political and social gatherings before and after independence. It was created by the Bombay Municipal Corporation, under the British Rule, in 1925. The park is named after the legendary Maratha king Chhatrapati Shivaji.

During the pre-independence era, Shivaji Park would host gatherings for freedom fighters. After 1947, people would meet for the Samyukta Maharashtra Chalval (the struggle to recognise Maharashtra as one state). Today, many of Shiv Sena’s political rallies are conducted at the spot. There is a statue of Chhatrapati Shivaji at the park, that was built in the year 1966 from donations using donations made by the public.

If you’re a Mumbaikar and often visit Shivaji Park, tell us about how you spend your time there, in the comments section below!