The actress has worked in Hindi TV shows, films as well as Marathi cinema. She will be seen in ZEE5's original Marathi series Hutatma. 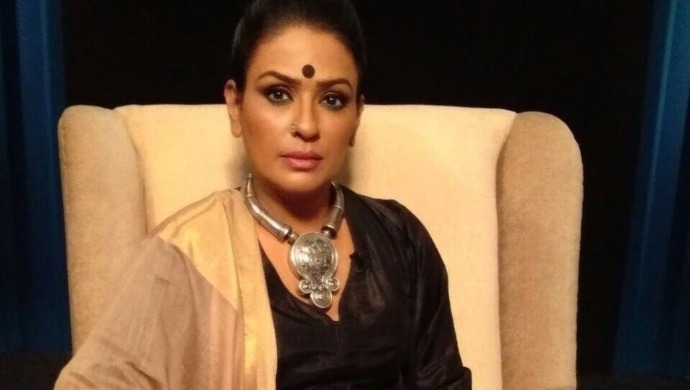 They say that a jack of all trades, is a master of none. But this saying doesn’t apply to Ashwini Kalsekar, who has made a mark in Hindi television, films as well as Marathi cinema. She is all set to be seen in ZEE5’s original Marathi series Hutatma, that also stars actors such as Sachin Khedekar, Mohan Agashe, Anjali Patil and more. In an exclusive interview with us, Ashiwini opens about having worked in three varied industries and how all of them are equally exciting.

“In television, it’s all about meeting deadlines. You have to generate content quickly, that’s what has made us experts. I still remember Bachchan sahab (Amitabh Bachchan) once said that he’s always on guard when he’s surrounded by television actors because they are always so seasoned. In films, for a tiny role you have ample amount of time to prepare. And a web series is in between these two. All the three mediums are fun,” she says.

The actress will be seen in a key role in Hutatma, which tells the story of the Samyukta movement, that led to the creation of Maharashtra as a separate Marathi speaking state with Mumbai as its capital. When asked whether it was challenging to work in a historical set up, Ashiwini is quick to add, “I think it’s very difficult. Because this (show) is set in the 1950s, one can’t decide anything on their own. Content has to be prescribed to you and it has to be on point.”

Ashwini became popular for her characters as a vamp in Ekta Kapoor’s Kasamh Se and Zee TV’s show Jodha Akbar. The actress maintains that she never feared being typecast as a negative character since she loved what she did. “Ekta Kapoor gave me all the freedom to play the role in a different way. So I could use all my creative juices. Plus, all those negative characters always had a positive aspect to them. They was always some vulnerability, some emotional angle attached to the characters hence I enjoyed playing the vamp. Even now if I get an opportunity to play Jigyasa (from Kasamh Se) or Maham Anga (from Jodha Akbar), I would take it up. I miss television, as it’s very addictive,” she says.

When asked to opine on the current content on television and how it tends to get monotonous, Ashwini says that producers are playing safe and need to experiment. ” If you hire a cook and are given a variety of food everyday, wouldn’t you enjoy it? You need to try and give the audiences something different and they would enjoy it. When we had serials like Kasamh Se, at least the concepts, ideas and visuals were wide. It’s not like that anymore.”

The actress adds that web content introduces fresh stories, characters and actors, unlike television which showcases the same actors doing the same things. Well, we agree with her! Do you?

This Fun Dance Video By Shevanta And Vacchi Will Set Your Mood For The Weekend!

Not Only Is Dhanashri Kadgaonkar A Great Actor, But Also A Singer And Dancer, Watch Videos