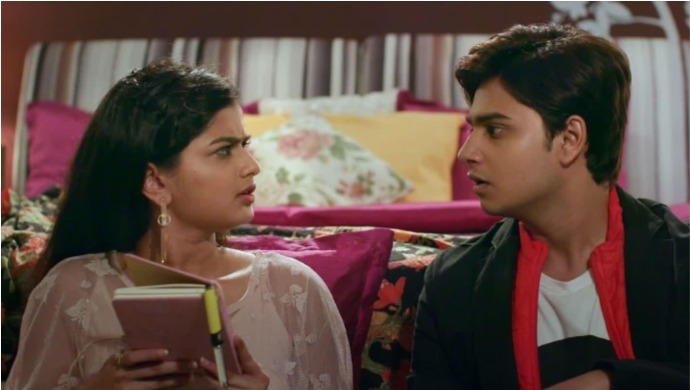 From Dilwale Dulhania Le Jayenge’s Raj and Simran to Sairat’s Archi and Parshya, films of all languages have given us epic love stories to admire. Hence in today’s world, it’s vital for a love story to stand out in order to make a mark. Sachin Pilgaonkar manages the same with Ashi Hi Aashiqui starring Abhinay Berde and Hemal Ingle. The film tells the story of a boy Swayam, who wishes to pursue a girl Mona and seeks help from his friend Amarja. Things take a turn when Swayam falls for Amarja instead and wishes to start a relationship with her.

Abhinay’s performance is what shines the most in this film. The performer holds the fort with his convincing act as a college boy, trying to woo a girl he likes. Swayam is shy and vulnerable and Abhinay does full justice to these qualities of the character. He is supported well by Hemal who plays the kind-hearted Amarja in the film. Her character is sweet-natured and Hemal suits the role perfectly with her looks and personality. The two share great chemistry together, which is also a major highlight of the film.

Ashi Hi Aashiqui also boasts of glitz and glamour. It’s evident that the film has been produced on a large scale and is packed with songs that have been shot at exotic locations. The film provides a route to escape from reality. What adds weight to the narrative is the twist in the tale. Abhinay’s world turns upside down when he finds out that his girlfriend has been detected with a brain tumour and has only six months to live. Does he decide to leave her or do the two spend their last days together? That’s for you to watch and find out!

The film stands out because of its shocking end. Just when you thought it’s a predictable love story with its share of twists and turns, the narrative takes a complete U-turn. It hits you when you least expect and Ashi Hi Aashiqui transforms into a tragic love story that stays with you for a long time.

If you are a sucker for love stories, give this film a chance. Keep a box of tissues handy of course as you may not be able to fully deal with what’s coming your way! Our favourite part about the film is Abhinay’s power-packed performance and the way the film ends. Tell us about your favourite moments in the comment section below!

How Does The Tula Pahate Re Cast Spend Time On Sets? See 6 Behind-The-Scenes Pics