Article 370: Veergati, Haider, Roja – Films Based On Kashmir That You Can Watch On ZEE5

In lieu of Article 370 and the current events unfolding in Kashmir, here are films that will give you a perspective on the history of the state. 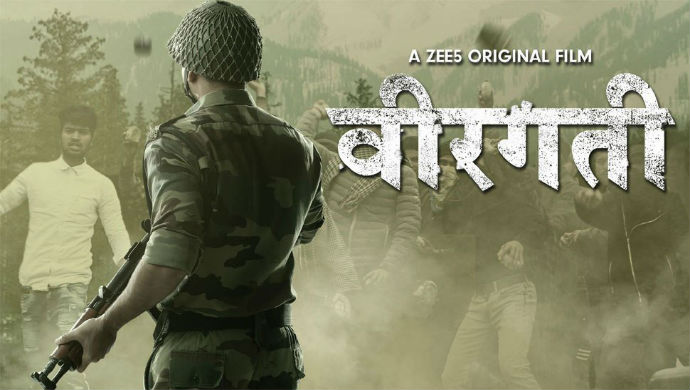 India witnessed a historic moment yesterday where the ruling government scrapped Article 370 and made Kashmir a part of the country. For those uninitiated, article 370 exempted Jammu and Kashmir from the Indian constitution and permitted the state to have one of its own. Now that the article has been eradicated, the state will be divided into two union territories- Ladakh minus a legislature and Jammu and Kashmir with one. In lieu of all the events that have unfolded so far, here’s a list of movies available on ZEE5 that can provide a rough lowdown into the history of the state.

Watch the trailer of Veergati here.

This ZEE5 original Marathi films sheds light on the turmoil that has persisted within Kashmir through the years. It talks about a group of citizens who are stuck amongst the rivalry between India and Pakistan and desire an independent Kashmir. Check out the film above.

This film starring Arvind Swamy and Madhoo sheds light on the tensions in Kashmir, via a romantic narrative. A village girl falls in love with a city boy and the two settle in Kashmir. But trouble comes knocking on their door when the boy gets captured by a few militants in the valley. Watch here.

This Vishal Bharadwaj film starring Shahid Kapoor, Tabu and Kay Kay Menon, is an adaptation of Shakespeare’s play Hamlet. The film talks about a young boy Haider, who returns to his home in Kashmir and is disturbed by the political turmoil and violent insurgence in his hometown. He is pushed over the edge after his father’s disappearance and when he sees his uncle getting close to his mother.

Watch out for Shahid’s famous monologue from the film where he mentions article 370, and how Kashmir is caught between the rivalry between India and Pakistan. He even mentions the AFSPA (Armed Forces Special Powers Act). Watch the film here.

This is a ZEE5 original Hindi series starring Dia Mirza and Mohit Raina. The series tells the tale of a Pakistani woman Kainaaz who is forced to leave her country due to certain circumstances and find refuge in Kashmir. It is upto her lawyer Vedant, to get her justice. Though the series is about the Indo- Pak conflict, it sheds light on the political tensions in Kashmir. Watch the series here.

Which of these have you already watched? Let us know in the comments below!