The Ratris Khel Chale 2 actress who plays Shevanta on the show, says she admires Vidya and feels great being compared to her. 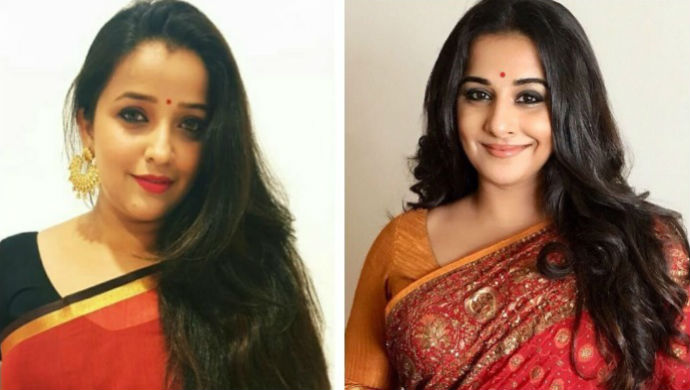 “I wasn’t sure whether my character will be accepted by the audiences” says Ratris Khel Chale 2 actress Apurva Nemlekar, who plays Shevanta on the show. Though her role has made her a huge hit with the masses, Apurva maintains that she was a little hesitant to take it up. “These days, most actresses are in a rat race to remain thin. But my character demanded me to put on weight- almost seven kgs- and I wasn’t sure whether the audiences would accept me in that form. Also, on the show, Shevanta is involved in an extra-marital affair, which is frowned upon. So I wasn’t sure how the audiences will react to that part as well,” she says.

The actress however adds that she is grateful that her character is being loved by viewers and has become one of the most popular faces of the show today. When asked if she faces pressure in living up to the character’s popularity, Apurva says, “Each day before performing, I am tensed about whether people will accept me. Shevanta’s character was talked about in the first season of Ratris, but was never shown. I myself was curious to know who would play her in the prequel. When I learnt it was going to be me, I was shocked. But I am so glad that people are loving her and it’s all due to the magic of my director.”

Apurva goes on to say that she is often compared to Bollywood beauty Vidya Balan. “It doesn’t matter what size she was or is, I consider her as the epitome of beauty and I would always like myself to be compared with her. People call me the Vidya Balan of Marathi TV industry. I like it as I really admire her,” says the actress.

Do you think Apurva and Vidya are similar? Post your thoughts in the comments section below!

What Is Sambhaji's Next Game Plan Against Aurangzeb? Watch Swarajyarakshak Sambhaji On ZEE5!