Apart From Shivaji And Sambhaji, Let’s Applaud Jijabai For Building The Maratha Empire

Rajmata Jijau aka Jijabai, played by Pratiksha Lonkar in Zee Marathi show Swarajyarakshak Sambhaji, was much more than an ideal mother and wife. 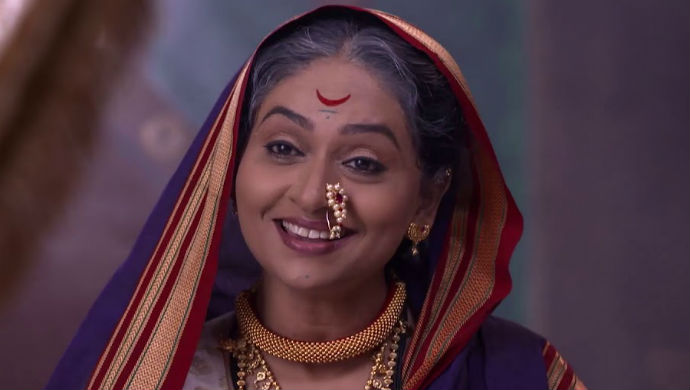 Historic dramas, if made well, are the perfect medium to educate viewers with a dose of drama and entertainment. Zee Marathi’s popular show Swarajyarakshak Sambhaji is one such example, that tells the life story of Maratha warrior Sambhaji. The show also focuses on other characters such as Sambhaji’s wife Yesubai and his grandmother Jijabai, which is played by famous Marathi actress Pratiksha Lonkar.

Jijabai Shahaji Bhosale aka Rajmata Jijabai was Chhatrapati Shivaji’s mother and is regarded as Maharashtra’s ideal daughter-in-law, wife and mother. She is strong, level-headed and righteous. But if you look at her history, you will realize that the woman was much more than her domesticated ways.

The citizens of Maharashtra end up crediting the great warriors Shivaji and Sambhaji for taking the Maratha empire to the heights that it reached. But let’s not forget that Jijabai had a major role to play in building the empire too. It’s time we applaud her for these 5 major contributions that she made to the Maratha kingdom.

1. She would give her expert advise in political and war strategies

Shivaji would rely on Jijabi’s opinion for his next move. She was an excellent strategist and would give her expert advice in war and political strategies, which would help the Maratha kingdom in defeating their enemies.

Aside from this, she was also an efficient administrator. Jijabai would keep a close watch on the social as well as political affairs in the state. When need be, she would provide her valuable inputs on steps that should be taken for the benefit of the Maratha empire.

2. Jijabai led the Marathas when Shivaji was trapped

There was a time when Shivaji was trapped for nearly four months upon Siddi Jauhar surrounding Panhala fort. It was Jijabai who took the responsibility of Swaraj and led the Marathas, who were battling Shaistakhan at the time. She protected Marathas from all enemies for nearly 8 months, recaptured a trapped fort from the rivals and governed the Maratha empire in Shivaji’s absence.

3. She took charge of Pune in absence of Shahjiraje

Jijabai’s husband Shahjiraje was forced to leave Maharashtra and go to Karnataka, after signing the treaty of Mahul. The family was scattered and yet Jijabai held her own and took charge of Pune. She also single- handedly brought up Shivaji and shaped him to become the great warrior, that he was.

4. She refused to commit Sati, for the sake of Swaraj

As custom demanded in earlier times, the death of a husband was followed by his wife ending her life by committing Sati (jumping into a funeral pyre). After Shahjiraje’s death, Jijabai dared to go against this custom and not commit Sati, in order to take charge of the Maratha empire.

5. She encouraged Shivaji to rebuild the Maratha empire after the treaty of Purandar

Shivaji lost a lot of his territories and forts to Raje Jaisingh, after the treaty of Purandar and narrowly escaped death by the Mughals. It was Jijabai’s positivity and spirit that encouraged him to rebuild the Maratha empire and reestablish Swaraja.

It’s important to recognize Jijabai’s efforts and the sacrifices she made to keep the Maratha kingdom’s head held high. What do you think of this courageous and inspiring woman? Tell us in the comments section below!

Tula Pahate Re Is Full Of Thrilling Twists That You Just Can't Miss- Watch On ZEE5 Now!