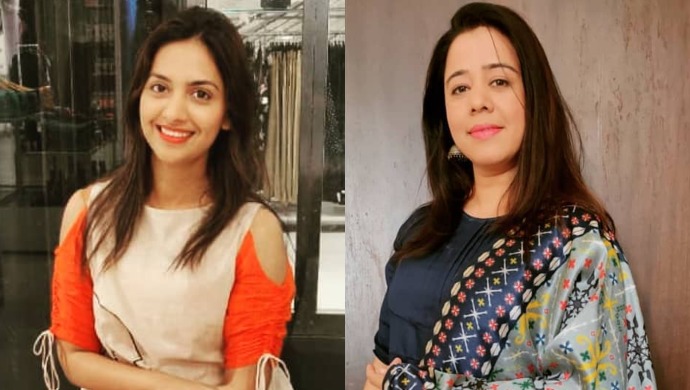 Anita Date and Tejashri Pradhan play wonder women in their respective shows on Zee Marathi. While Anita essays the role of Radhika in Mazhya Navryachi Bayko, Tejashri portrays Shubhra in Agga Bai Sasubai. Both Radhika and Shubhra are amongst the audiences’ favourite characters owing to their progressive outlook towards life. In real life,  Tejashri and Anita have amassed a massive fan following for their stunning performances as Shubhra and Radhika respectively. The talented actresses recently indulged in banter over their favourite TV shows on ZEE5.

Since the actresses are on a break following the enforcement of the lockdown, they decided to meet each other virtually on a video call. When asked by Anita as to what Tejashri is doing during her time at home, the latter revealed that she spends most of her time doing household chores and then watches repeat telecast of her favourite shows on ZEE5 during her free time. Anita confessed that she’s doing the same. Later, Tejashri asks if Anita is aware of the three new shows – Mangalsutra, Sindhu and Krupa Sindhu, that are trending on the platform. Anita told her that she is currently watching Mangalsutra and is impressed by Alka Kubal’s performance in it. The actress further said that she finds the story heart-touching and that Vasudha’s character is similar to Radhika in Mazhya Navryachi Bayko.

On the other hand, Tejashri is busy binge-watching Krupa Sindhu and finds it to be overwhelmingly positive in these tough times. The Agga Bai Sasubai actress confessed that she feels calm after watching the show. A while later, Anita spoke about the popular show Sindhu which she found extremely innocent and relatable at the same time. To this, Tejashri replied saying that she’s including Mangalsutra and Sindhu in her binge-watch list while Anita announced that she will be watching Krupa Sindhu next. Before signing off, Anita urged Tejashri to ask everyone to check out ZEE5 for the latest films, TV shows, and original web series.

Check out Tejashri and Anita’s banter on a video call here.

Why Waste Our Time Now?, Asks Tejashri Pradhan As She Discusses Her Views On…

Anita Date, Shreya Bugde, Subodh Bhave And Others Express Gratitude For The…

Grab your popcorn buckets and go on a binge-watching streak like Anita and Tejashri only on ZEE5.

Aditya To Face Trouble On His First Day At Work? To Find Out, Watch Maza Hoshil Na Exclusively On ZEE5