The actors conducted a live session with their fans where they discussed their characters from the show, their careers, and more. 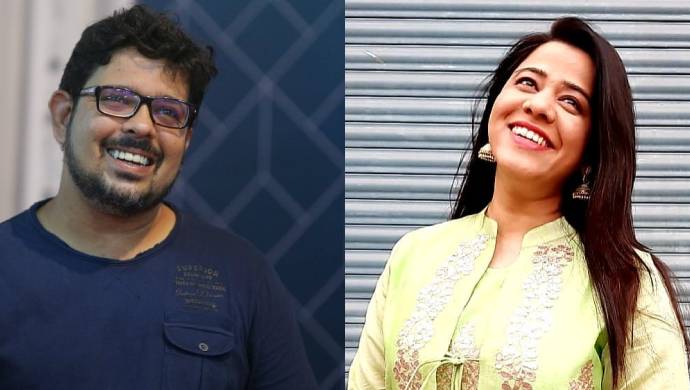 Are you missing Mazhya Navryachi Bayko? Although Zee Marathi and ZEE5 are keeping fans entertained during the lockdown with reruns of shows such as Mangalsutra, Sindhu, and Kripasindhu, the good old Marathi serials like Agga Bai Sasubai, Mrs Mukhyamantri, Mazhya Navryachi Bayko among others are being missed nonetheless. The shooting of these shows has been stopped due to the ongoing lockdown and fans are desperately waiting to see fresh episodes. But the actors of the shows are leaving no stone unturned in keeping viewers entertained and the recent live chat by Anita Date and Adwait Dadarkar, who play Saumitra and Radhika in Mazhya Navryachi Bayko, is a perfect example.

Watch an episode of the show Mazhya Navryachi Bayko here.

During their live chat, Anita and Adwait talked about themselves as well as their characters. They openly discussed their childhood, career, and desires. They even talked about the show and its unique storyline. Adwait revealed that if not an actor, he would have become a professional cricketer. He also said that he was asked to leave the field of theatre and was removed from plays several times as he was accused of being a bad actor. Woah, can you believe it? As for Anita, the actress from Nashik pursued theatre too and eventually entered the field of television much like her co-star.

The host asked Anita and Adwait about the track of the show and how they manage to play the influential role of Radhika and Saumitra so effortlessly. Anita said that the show and the track were never thought much about. As they went on acting, they had been so engrossed in it that the events unfolded on their own and everything took shape organically. The co-stars were then asked to comment on Saumitra-Radhika’s wedding, Gurunath’s lie getting exposed and more and the actors happily obliged.

When the host asked Adwait how he feels about being accepted and appreciated for his role as Saumitra, the actor said that he loves the character as it is someone he relates to. He also said that he never tried to play it in a heroic manner as even if the audience claims that he is the lead character, the story would always be about Gurunath, Radhika, and Shanaya.

What do you think about Adwait’s remark? Comment below!

Gautami Deshpande Or Snehlata Vasaikar - Whom Would You Like To Go Cycling With? Vote!