This Sahil Joshi and Maithili Patwardhan starrer sheds light on the severe drought that has effected several villages in the state. 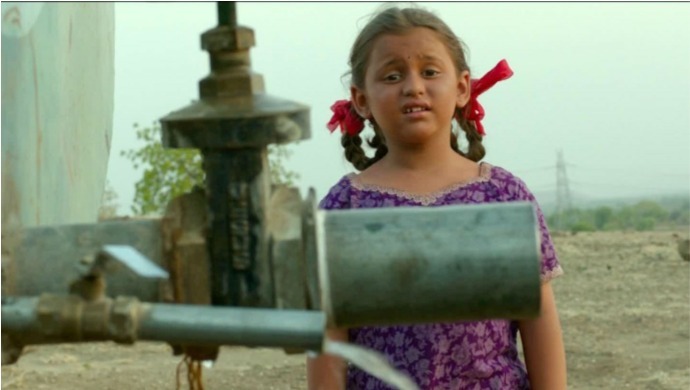 Rohan Deshpande’s Pipsi starring Sahil Joshi and Maithili Patwardhan tells the story of two children Chaani and Balu who go to great lengths to save the former’s ailing mother. They come across a tale that tells the story of a king whose life is trapped in a fish. So as long as the fish is kept alive, nothing would happen to the king. Hence, Chaani and Balu start believing that if they save a fish, they can save the girl’s mother.

But doing the same proves to be a tougher task than anticipated in their drought-stricken village, Vidarbha. Through Chaani’s personal journey, the film cleverly depicts the severe water crisis in Maharashtra. Here’s all you need to know about the same:

1. Maharashtra today is facing a severe water crisis due to the drying of rivers, the over exploitation of ground water and the depletion of water in reservoirs and dams.

2.Due to the delay in monsoons this year, the state government deployed the highest number of water tankers, the number being 6,597, on June 10.

3. Until June 3, around 5,127 villages and 10,867 hamlets were surviving merely on water available from tankers.

4. The worst- hit region is Marathawada ans more than half the tankers have been stationed there. There are currently 1,146 tankers in Aurangabad where more than 761 villages are facing acute water shortage. Around 939 tankers have been deployed in Beed in almost 652 villages.

5. There are 822 tankers in Ahmednagar and 358 in Nashik, which comprise the northern region of Maharashtra. In Western Maharashtra, the worst hit region is Solapur with 275 villages and 1,671 hamlets facing water shortage. The water crisis has also affected livestock, where about 10.68 lakh animals are currently placed in cattle camps for food and water.

Watch Pipsi to understand the situation and post your thoughts in the comments section below. For more entertainment, check out the collection of fun Marathi films on ZEE5 here.