All You Need To Know About The Real Anaji Pant, Shown In Swarajyarakshak Sambhaji

Learn all about the person who inspired Anaji Pant's character in the popular historical series. Details inside! 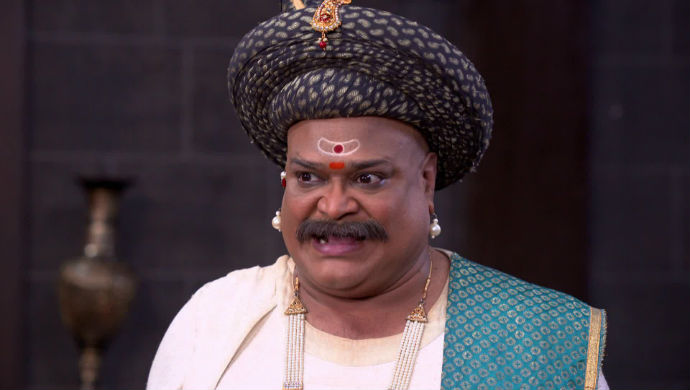 It’s common to have a villain in a film or television series, if there’s a hero involved. Because how can the latter look good, without fighting with the bad guy right? But the rivalry between Maratha king Sambhaji and his Astha Pradhan Anaji Pant was so dramatic that it could be considered a work of fiction. The same has been depicted in Zee Marathi’s hit historical serial Swarajyarakshak Sambhaji. One may assume that the makers have taken creative liberties to show a tiff between Sambhaji and Anaji to keep the drama alive. But let us tell you that the animosity was real and close to what has been shown in the show.

Since Anaji Pant’s character in the show has been in the spotlight of late, we wished to let fans know a little more about the real man, who served during Sambhaji’s rule. Anaji Datto Sahiv was earlier a minister of Shivaji Maharaj (Sambhaji’s father). At the time, the Maratha empire under Sambhaji’s rule was divided into three parts and each part was controlled by a minister. Anaji was responsible for controlling the Konkan region. Shivaji Maharaj had given Anaji the responsibility of land reform and the latter successfully introduced systems such as accurate land measurement, cultivation of new land, etc.

He was appointed as a Surnis at the Ashta Pradhan, during Sambhaji’s rule. With this position, Anaji was responsible was taking care of transactions of land revenue. Anaji turned against Sambhaji, soon after his father Shivaji’s death. At the time, he conspired with Sambhaji’s step mother Soyrabai to make her son Rajaram the new king, instead of Sambhaji. He tried to take the members of Ashtha Pradhan under his wing to vote for Rajaram and not Sambhaji. The former did rule the kingdom for a brief period.

However later, Soyrabai and some ministers appointed Sambhaji as the one who could divide the Maratha kingdom. Sambhaji turned down the offer and those in favour of Rajaram and the division of the kingdom, marched against Sambhaji. But he gained majority by the Maratha army and ordered for the arrest of those who went against him.

In the show, Anaji Pant was shown conspiring against Soyrabai and has now been ordered to get arrested by Sambhaji. So if you notice, a lot of details have been kept intact by the makers, with a few creative liberties supporting the narrative.

Stay tuned for more updates and catch all the episodes of Swarajyarakshak Sambhaji, streaming for free on ZEE5.

Has Vikrant Come To Know Of Isha's Gameplan? Watch Tula Pahate Re On ZEE5!