All You Need To Know About Shrinivas Pokale, The Lead Actor In Naal 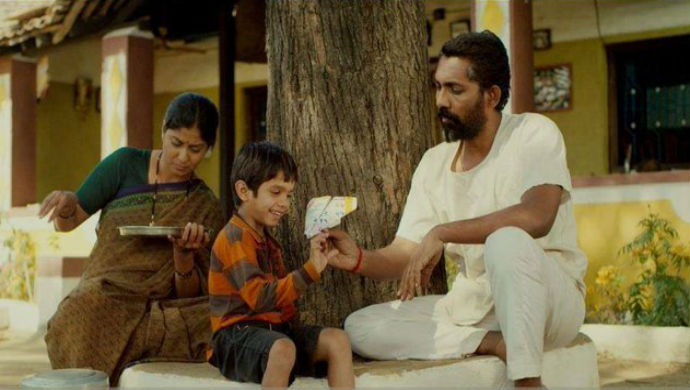 One look at the trailer of Naal and you will fall in love with Shrinivas Pokale. The child artist plays the lead role of Chaitanya in the film and his innocence is infectious. The little boy manages to grab your attention with his stellar act in this heartwarming film, directed by Sudhakar Reddy Yakkanti. The film has released today on ZEE5 and before you watch it, here’s your chance to get to know a little more about Shrinivas.

Watch the trailer of Naal here.

The boy was born on June 25, 2010 and hails from Mumbai. Shrinivas is currently in the fifth standard and aside from studies, takes a keen interest in sports such as cricket and football. And did you know that this little man is one hell of a dancer? If you don’t believe us, check out this video below!

The talented artist was discovered by Sairat director Nagraj Manjule and was encouraged to play the lead role in Naal. Nagraj plays his father in the film and the two share a similar relation in real life as well.

Are you excited to see Shrinivas’ performance in Naal? Watch the film streaming on ZEE5 and let us know what you think of his performance in the comments below!