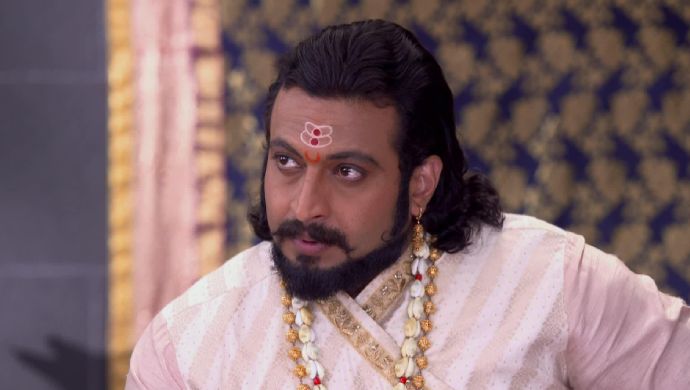 In Swarajyarakshak Sambhaji’s recent episode, Sambhaji Maharaj is worried about the massacre happened at Janjira Fort by Siddi Johar. In this incident, Swarajya’s supporters are killed along with killed Maynak Bhandari’s son. Sambhaji and his courtiers suggest that he retaliate the same way. Yesubai wants her husband to teach Siddi Johar a lesson but is surprised to know Sambhaji is going himself.

Anaji Pant is happy to know that Sambhaji is out of Raigad. As they are celebrating, Heroji Pant enters to bid them farewell. But, Anaji Pant advises him to become good friends with Akbar to use him further. As Sambhaji is gone, Kaviraj brings the letter that says 80 Maratha soldiers have been killed and their heads have been paraded through the ship. This gruesome act angers everyone in the court. They decide to stop the trade of ammunition with Topikar who has backstabbed Sambhaji.

Vajir gets the news about Siddi’s work in Janjira to Aurangzeb. He is happy to hear it as he had planned this. Aurangzeb decides whether or not Sambhaji gets Akbar in Swarjaya, he is still going to fight Raje. A converted Muslim commoner, Badshah Khan Kulkarni wants to get re-converted into a Hindu. He pleads Anaji Pant to help him, but he refuses.

Yesubai tells Bal Raje and Soyrabai about Sambhaji’s visit to the Konkan region. Soyrabai rightly guesses that Aurangzeb is behind all this. On the other hand, Badshah Khan Kulkarni goes to Kaviraj and pleads to him. He accepts the invitation happily, but Anaji Pant starts screaming at both of them. As Pant wants to throw out Badshah Khan Kulkarni, Kaviraj stands against it.

What do you think will happen in the next episode? Let us know your thoughts in the comments in the below.