Ahead Of Agga Bai Sasubai, We Look At Saas- Bahu Relations On TV Shows That Are Goals

Here's a look at some mother-in-law and daughter-in-law relations that have set great examples. Check out inside! 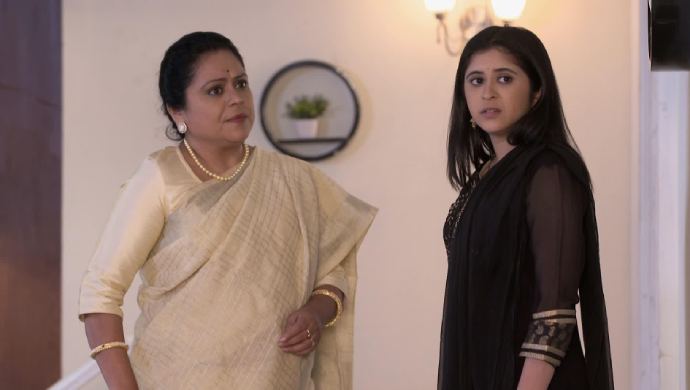 Everyone’s eagerly waiting for Agga Bai Sasubai, a new Zee Marathi show starring Tejashree Pradhan, Nivedita Saraf and Girish Oak. The serial will focus on the bond shared between a mother-in-law Kaveri and her daughter-in-law Shubhra. Unlike typical serials where saas-bahu relations are shown to be strained, this one is a breath of fresh air and steers clear of some predictable drama. The serial is about to replace Tula Pahate Re and we can’t wait to see the star-studded cast back in action!

Watch an episode from TPR here.

But we have to point out that this won’t be the first time that a bond between a mother and daughter-in-law would be shown in a good light. There have been shows that have set high standards with the way they have depicted saas- bahu relations.

In this show, Radhika’s husband Gurunath marries another woman, Shanaya, and what’s remarkable is that his own parents go against him. They choose to support their daughter-in-law and are with her at every step of the way. Radhika shares very good relations with her mother-in-law and confides in her. It’s encouraging to know that Radhika’s parents support what is right, even if it means going against their own son.

Vikrant’s mother-in-law from his first wife Rajanandini, shows immense confidence and faith in her daughter-in-law Isha. At one point, Aaisaheb was willing to transfer all of the Saranjame property under Isha’s name instead of Vikrant. She has looked out for Isha and the latter has always turned to her for help.

Though the relations between Soyrabai and Yesubai are currently strained because of the former’s conspiracy against her step-son Sambhaji, there was a time when they confided in one another. Yesubai would take all the important decisions keeping in mind Soyrabai’s approval.

Akshaya became the backbone of the Gaikwad family, after marrying Rana. It’s because of her deep bond with her in-laws that she was trusted with the responsibilities and given a chance to grow.

Can you think of other shows where the saas-bahu relations have been depicted in a healthy manner? Let us know in the comments section below!