Read all the details inside about the actress's remarkable achievement. 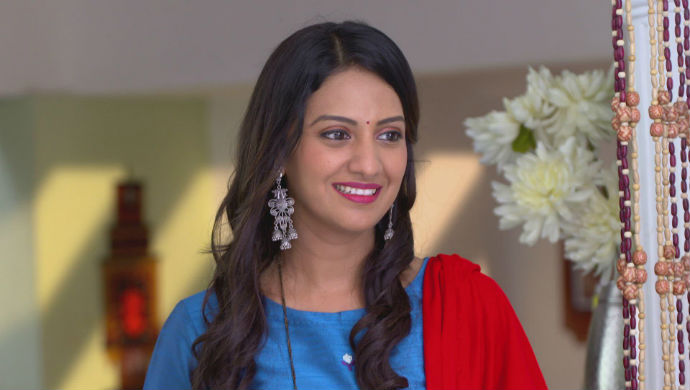 After nearly a three-year hiatus from television, Tejashri Pradhan is back and is seen as Shubhra in Zee Marathi’s Agga Bai Sasubai, that also features Nivedita Saraf and Girish Oak. The actress plays a modern and progressive daughter-in-law, who helps her mother-in-law Asawari find love again in celebrity chef Abhijeet Raje. Asawari-a widow- is hesitant to take the plunge, but Shubhra plays cupid between her and Abhijeet. People are loving Shubhra’s easy-breezy attitude on the show, along with her stylish avatar. Unlike most bahus that are seen in traditional attires, Shubhra is seen sporting a fusion of boho-ethnic looks, most of the time.

Though Tejashri has always been a popular name, looks like her character Shubhra has certainly helped her gain more of it. Which is why she has now hit a mark of 900k followers on Instagram! The actress posted a thank you note for this achievement recently. Check it out.

We congratulate Tejashri for hitting this big number! What do you have to say about it? Tell us in the comments section below and post your congratulatory messages for the actress.

Want To Be Healthy? These Workout Pics By Agga Bai Sasubai’s Shubhra Will…