Check out the picture inside for more details! 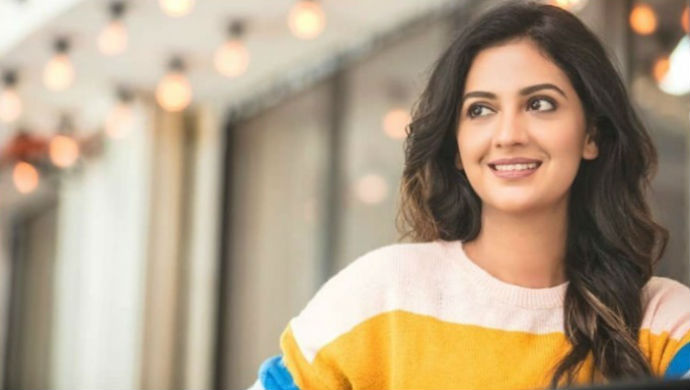 It’s after a long gap that Tejashree Pradhan is making an appearance on the small-screen. The popular film and television actress was last seen in a show in 2016. Hence, fans are rejoicing her comeback as Shubhra in Zee Marathi’s new show Agga Bai Sasubai. The serial which also features Nivedita Saraf (Asawari) and Girish Oak (Abhijeet), highlights the deep bond shared between a mother-in-law and her daughter-in-law.

Tejashri’s style game in the show is on point. The actress is seen sporting a traditional avatar, with fancy suits and sarees. The beauty has made quite an impression as Shubhra and we can’t wait to see what she has more in store for us.

Meanwhile, Tejashri is busy entertaining fans with pictures from the sets of the show. Check out this latest one where she looks gorgeous in her magenta and peackock blue suit.

You can see the lights and camera in the background, and what clearly looks like a rainy day. Kudos to the team for shooting, despite the heavy monsoons. What say, fans?

Tell us what you think about Tejashri’s look in the show in the comments section below and stay tuned for more updates! Catch all the episodes of Agga Bai Sasubai, streaming for free on ZEE5.

Will Saumitra Go Ahead With The Proposal For Radhika? Watch Mazhya Navryachi Bayko On ZEE5!