Agga Bai Sasubai Promo: Will Soham Succeed In Creating A Rift Between Asawari And Shubhra?

Soham is going out of his way to bring Asawari back, and has even started blaming Shubhra! Will Asawari find out the truth? Watch the promo inside. 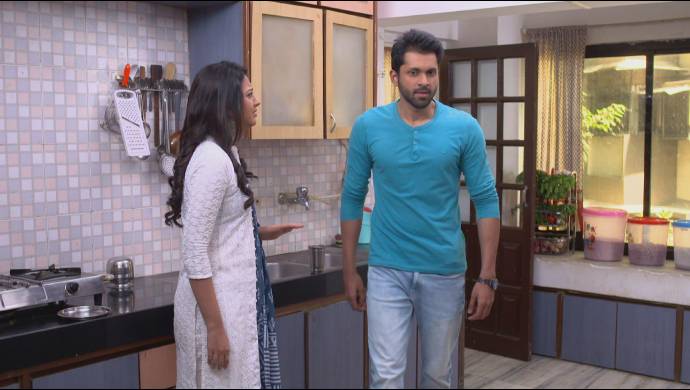 Agga Bai Sasubai’s most praised daughter-in-law Shubhra is having a tough time. Ever since Asawari got married to Abhijeet and moved away, the responsibilities of the Kulkarni household have fallen on Shubhra’s shoulders. Since Asawari was a housewife and she was used to handling all the chores, even the smallest ones like taking care of water shortages by storing water, were done before time. But Shubhra works and has important meetings at the office as well. Hence, she has to divide her time and maintain a work-life balance. And we all know that Soham is of no help to her. In fact, he is hell-bent upon making things worse for her as it is his vengeful attitude or a way of punishing her for making his mother, Asawari go away.

In the recent episode, we saw how this mismanagement of responsibilities between Shubhra and Soham even led to a major mishap for Ajoba. While Shubhra and Soham blamed it on each other, Abhijeet tried to solve the situation maturely. Soham is still not ready to mend his ways and now, he has come up with a new idea to bring Asawari back home. He is trying to portray Shubhra in a negative light! Check out this promo below.

In the video, we can see how Soham is making up false details and trying to manipulate Asawari. He sheds crocodile tears and pretends to be wiping the floor. He tells Asawari that he has to do all the work himself and even adds that Ajoba has left without having his food because Shubhra was quarreling with him unnecessarily. He narrates a  sob story, stating that Shubhra might have made Asawari marry Abhijeet as she wanted to carry out the household work on her terms!

We think Soham has crossed all limits and someone needs to put him im place! Do you think Asawari will believe her beloved son or will she try to support her kind daughter-in-law? Put your thoughts below.

#FieryFriday: 5 Hot Pics Of Isha Keskar Aka Shanaya That You Need To See Right Away