Watch the promo inside to know all the details! 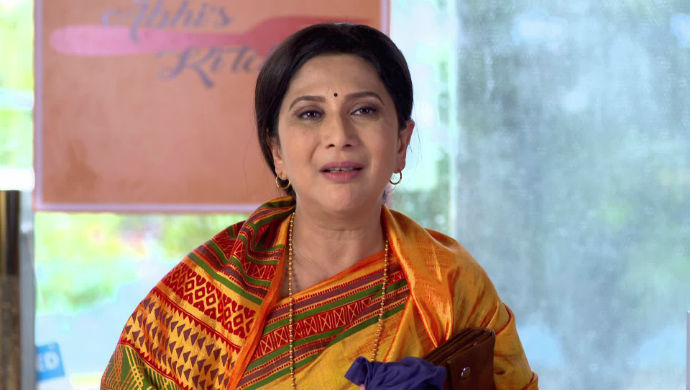 In tonight’s episode of Agga Bai Sasubai, we saw Asawari troubled at the thought of selling her late husband’s camera. Shubhra talks to her and encourages her to express her feelings to Ajoba and stop him from letting go off the camera. She is scared so Shubhra helps her and in turn makes Ajoba realise that he isn’t doing the right thing by selling the camera as it means a lot to her. He gives in, much to Asawari’s happiness. Shubhra then tells her that they should return the cheque to Abhijeet, who had left it behind to pay the price of the camera. Shubhra adds that Asawari should make her delicious coconut sweets to make it up to him.

Asawari meets Abhijeet and makes him taste her dish. He relishes it and the episode ends with him saying that he wishes to learn the recipe from her. In the upcoming episode, looks like Asawari and Abhijeet will come closer. The two will take a walk in the rain and get to know each other better! He asks her about her favourite dish and she says that she doesn’t know how to answer that question since no one has really asked her about what she likes, ever.

Aww! Will Abhijeet make her feel special by cooking her favourite dish? Stay tuned for all the updates here! Catch all the episodes of Agga Bai Sasubai, streaming for free on ZEE5 here.