Ajoba finally accepts Abhijeet and Asawari's love for each other. He blesses them, to lead a happy life ahead. 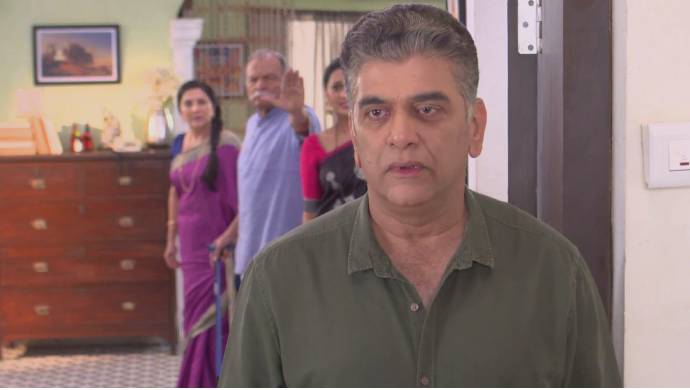 In the last few weeks, the Zee Marathi daily Agga Bai Sasubai’s Abhijeet, has been seen openly declaring his love, for Asawari. He has also been trying different ways to impress Ajoba. Shubhra, who has always been supportive of the match, is helping him win Ajoba’s trust and his blessings.

During the latest episode of Agga Bai Sasubai, in the light of the festival Makar Sankranti, the entire family along with Maddy and Karkhanis Kaka indulged in playful kite-flying matches. Soham and Ajoba’s contempt for Abhijeet is clearly visible, but so is Asawari and Abhijeet’s love for each other. Abhijeet tries to make Ajoba understand his love for Asawari. He also comes to wish everyone, as it is the festival of Makar Sankranti. However, he receives a very cold welcome and is asked to leave by Ajoba. Shubhra stops him and asks him to declare the feelings, that he has been bottling up until now.

Watch the episode from the show here:

In the latest promo, it is clear that Ajoba has realised his mistake and is apologetic for his behavior towards Asawari. He accepts that he always overlooked Asawari’s happiness. Ajoba also happily places the hand of a teary-eyed Asawari on Abhijeet’s hand and blesses them with a happy life. Shubhra is seen rejoicing the moment, whereas Soham is still hostile. Watch the latest promo here.

In further episodes, we will see how the union of the pure love of Asawari and Abhijeet wins the hearts and spreads happiness all around them. Don’t miss!

5 Contrast Blouse-Saree Combinations By Shubhra, Anjali, Shanaya That You Can…

Catch all the episodes of Agga Bai Sasubai, Streaming for free only on Zee5