In tonight's episode, Ajoba spills piping hot tea on his hand and screams in pain. He holds Asawari responsible for this as she was not there. 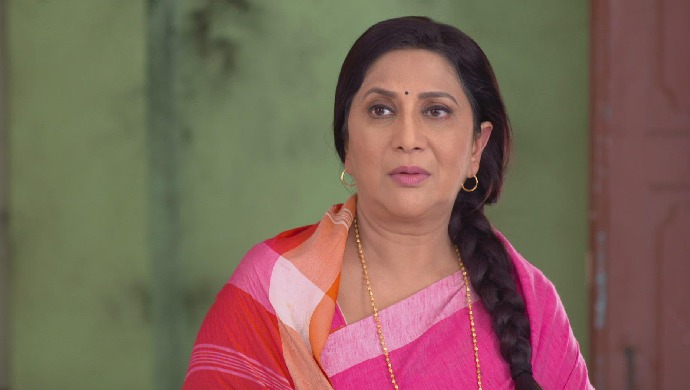 In the last episode of Agga Bai Sasubai, Shubhra makes a plan to take Asawari to Abhijeet’s new restaurant. She tells Ajoba that she wants to go with Asawari to watch the Dussehra celebration. But the latter says that she cannot lie to Ajoba because he did not allow her to go to Abhijeet’s restaurant. Abhijeet tells his colleagues to go home and enjoy the festival with their families. Asawari calls Abhijeet to apologise for not being able to attend the pooja it. She then promises him that she will visit there the next day.

In tonight’s episode, Asawari asks Ajoba for permission to go to see the land bought by Abhijeet for his new restaurant. Shubhra says that she will take care of everything in Asawari’s absence. Hearing this, Ajoba allows Asawari.

Abhijeet cancels all his meetings and goes to his new restaurant. Asawari reaches the location and asks the same Pav Bhaji seller whom Abhijeet met the previous night by describing his facial features. Just then Abhijeet comes there and stands behind her quietly. Later, Abhijeet takes her to the plot and tells her that the menu of the restaurant will be decided by her.

At home, Pradnya comes home searching for her father-in-law and gets angry at him for leaving them alone. Shubhra comes out with tea for Ajoba, Karkhanis and herself but Pradnya takes her cup of tea. While having tea, Ajoba spills the tea on his hand and screams in pain. A few moments later, Asawari comes home and gets shocked to see Ajoba in pain. The latter blames Asawari for not being there.