Why is Ajoba furious with Asawari? Find out inside! 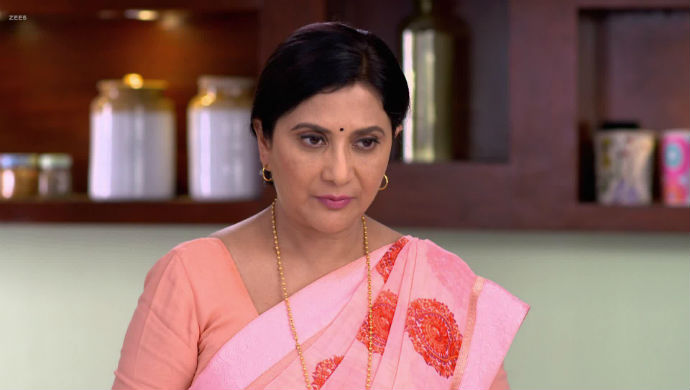 In tonight’s episode of Agga Bai Sasubai, we saw Abhijeet inviting Asawari for some tea and snacks at his restaurant. She goes home and sees Ajoba upset with her for going next door to meet Abhijeet instead of tending to him. She says she will go to the market to buy vegetables and cook him his favourite meal. She and Shubhra leave and on the way she gets a call from Abhijeet asking whether she will be attending tea or not. Asawari tells Shubhra that she can’t go but the latter insists. The two agree to go together.

They meet Abhijeet have the three have tea together. Abhijeet says he has a special gift for Asawari and pulls out the camera that belonged to her late husband. He says he got it repaired and Abhijeet’s gesture makes Asawari emotional. In the upcoming episode, we will see Ajoba furious with Asawari again after discovering that she went to meet Abhijeet at his restaurant. He will think she lied to him and will notice the camera in her hand. Ajoba will take it and throw it outside the house in anger. Just then, Abhijeet will walk in with the camera in his hand.

What will happen next? Will Abhijeet and Ajoba get into an argument again? Stay tuned to find out! Catch all the episodes of Agga Bai Sasubai, streaming for free on ZEE5.

Watch Chala Hawa Yeu Dya On ZEE5 For A Dose Of Fun And Entertainment!