In tonight's episode, Abhijeet learns new recipes from Asawari and ends up planning a cooking competition between himself and Ajoba. 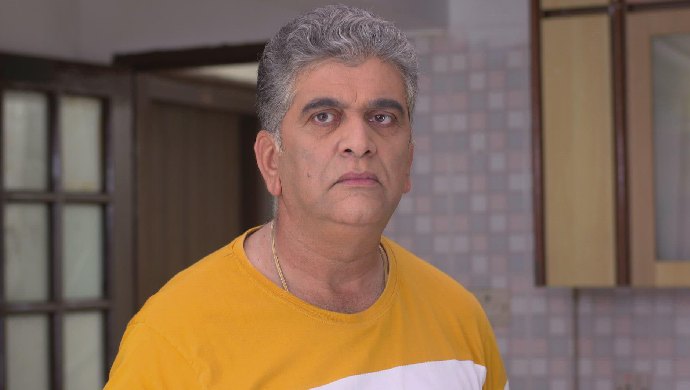 In the last episode of Agga Bai Sasubai, Asawari, Shubhra and Ajoba motivate Mr Karkhanis for his first day at work. Later, Mr Karkhanis reaches the restaurant and Abhijeet welcomes him. He introduces him to his staff. Meanwhile, Maddy thinks that Abhijeet has appointed Karkhanis as the manager to replace her. She then fires one of the waiters and starts sweeping the floors. Abhijeet gets shocked and clarifies that Mr Karkhanis will be guiding them in the restaurant’s business.

In tonight’s episode, Maddy gets insecure when she sees Mr Karkhanis managing all the work efficiently. She tries to impress Abhijeet but fails.

Later, Abhijeet comes home and joins hands before Ajoba. The latter thinks that Abhijeet is regretting his decision of hiring Mr Karkhanis. Abhijeet then clarifies that he is happy with Mr Karkhanis but the problem is that his customers prefer having traditional food rather than international. He requests Ajoba to suggest a good chef who will teach him how to make such dishes. Ajoba says that he knows one person and the latter assumes that he is talking about Asawari and agrees immediately.

Ajoba then reveals that he was talking about himself. Abhijeet gets shocked and tells Ajoba about how taxing it will be for him to teach recipes at this age. Ajoba agrees and suggests Asawari’s name for teaching him new recipes. Abhijeet controls his excitement and agrees. Abhijeet then goes to the kitchen to learn new recipes from Asawari. A few moments later, Abhijeet claims that he is an expert chef and as he is being trained by Asawari . Ajoba challenges him and says that they will have a competition.