In the preview of the next episode, Abhijeet asks Ajoba if he knows anyone who can teach him new recipes. The latter suggests his own name! 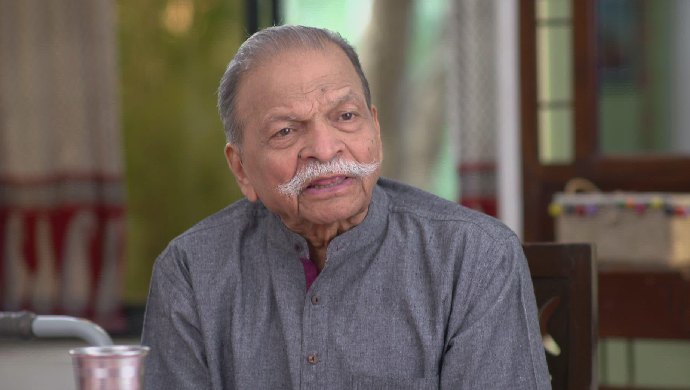 In tonight’s episode of Agga Bai Sasubai, Asawari, Shubhra and Ajoba motivate Mr Karkhanis for his first day at work. Later, Mr Karkhanis reaches the restaurant and Abhijeet welcomes him. He introduces him to his staff. Meanwhile, Maddy thinks that Abhijeet has appointed Karkhanis as the manager to replace her. She then fires one of the waiters and starts sweeping the floors. Abhijeet gets shocked and clarifies that Mr Karkhanis will be guiding them in the restaurant’s business.

Watch the latest episode of the show below!

In the next episode, Abhijeet tells Ajoba that he needs a new chef to teach him recipes. The latter says that he knows a person who can teach him such dishes. Abhijeet assumes that Ajoba is talking about Asawari and agrees to it immediately. Ajoba then reveals that hewas talking about himself.