Agga Bai Sasubai 8 August 2019 Preview: Asawari To Get A Special Gift From Abhijeet

What is he going to give her? Find out inside! 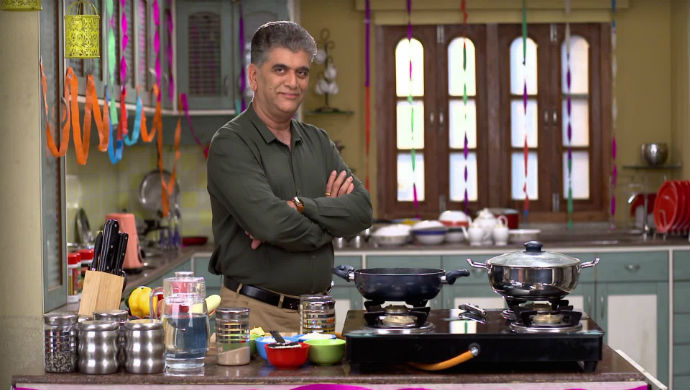 In tonight’s episode of Agga Bai Sasubai, we saw Abhijeet in a cranky mood and losing his cool on his staff members. He’s bitter as Asawari had earlier declined his request to teach him the recipe of the dish that she had prepared for him. Just then, he gets a call from Pradnya who makes him recall that she’s Asawari’s neighbour. She asks him to come home so that she can make it up to him and cook the dish better this time, after screwing up the last time. Abhijeet agrees.

Abhijeet visits Pradnya’s house and she starts cooking the dish. Meanwhile Shubhra informs Asawari that Abhijeet is next door and after a lot of tries, finally convinces her to go and meet him. Asawari reaches Pradnya’s house and sees her screwing up the dish, yet again. She offers to help and demonstrates the dish successfully, which makes Abhijeet happy. The episode ends with him thanking her and saying that she will soon get her gurudakshina.

In the upcoming episode, we will see Abhijeet telling Asawari that he has a special gift for her. He says that as his gurudakshina, he wishes to invite her for tea and snacks at his restaurant. Will Asawari go? Stay tuned to find out!

Do You Know The History Of Sambhaji? Watch Swarajyarakshak Sambhaji On ZEE5!