In tonight's episode, Abhijeet introduces Mr Karkhanis to everyone and seeing this, Maddy thinks he has appointed him as the new manager. 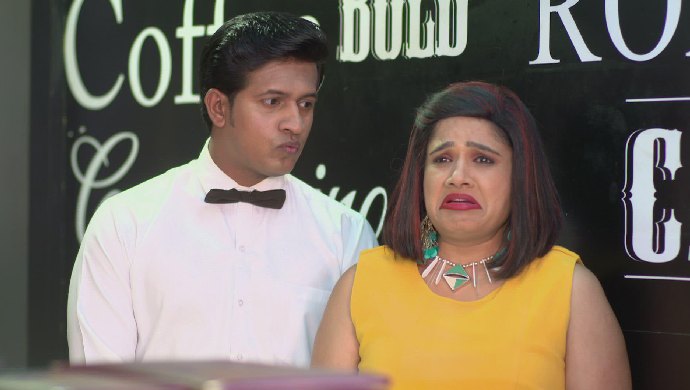 In the last episode of Agga Bai Sasubai, Soham gets annoyed when Asawari asks for some extra money for grocery. He says that Mr and Mrs Karkhanis go back to their own home because he cannot afford to spend extra money on them. Asawari comes to meet Abhijeet and tells him about the incident. Abhijeet gets an idea and goes to Asawari’s place in the evening. He offers a job to Mr Karkhanis and solves his problem.

In tonight’s episode, Asawari, Shubhra and Ajoba motivate Mr Karkhanis for his first day at work. Soham who is also getting ready for office, feels less important and gets annoyed. While Mr Karkhanis is leaving the house, Pradnya comes there and taunts him for being lazy.

At home, Asawari realises that Mr Karkhanis forgot to take his tiffin box. Ajoba asks her to go to the restaurant and give it to him. While everyone is having lunch, Asawari sees that Abhijeet is busy. She then goes to him and insists to eat while he is working. Just then, Abhijeet bites green chilli and screams. Asawari rushes to get him water and seeing this Abhijeet looks at her with affection.