In tonight's episode, Abhijeet offers a job to Mr Karkhanis and solves his problem. 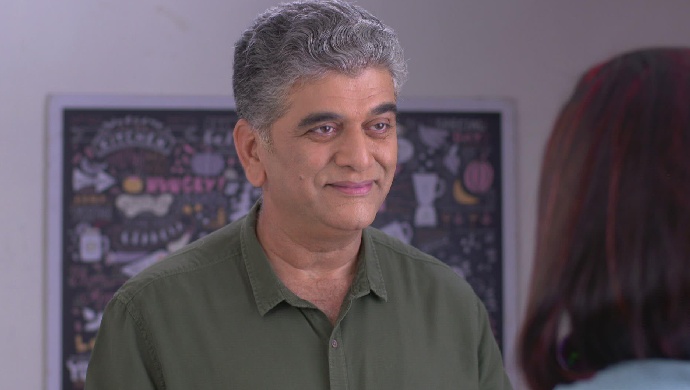 In the last episode of Agga Bai Sasubai, Ajoba tells Mr Karkhanis that they should go to a lawyer and file a case against Pradnya. When Asawari requests Pradnya to allow Mr and Mrs Karkhanis in her house, the latter says that she will do it only if the couple agrees to rub their nose on her feet and apologise to her. Abhijeet comes home with Maddy and tells Mr Karkhanis that he has brought a small gift for him. He gives him his glasses and says that he forgot them in the car.

In tonight’s episode, Asawari thanks Abhijeet for making Mr and Mrs Karkhanis happy. Meanwhile, Maddy hints Abhijeet to propose Asawari for marriage but the latter tries to divert her attention.

Later, Soham gets annoyed when Asawari asks for some extra money for grocery. He says that Mr and Mrs Karkhanis must return to their house because he cannot afford to spend extra money on them. Ajoba scolds Soham and tells Asawari to take the money from him. Mr Karkhanis feels bad and asks Ajoba to not get angry on Soham. Asawari comes to meet Abhijeet and tells him about the incident. Abhijeet gets an idea and goes to Asawari’s place in the evening.

Revamp Your Playlist With These Songs From Ti Saddhya Kay Karte

Later that day, Sulbha Kaku asks Mr and Mrs Karkhanis to stay with her at her place as her children have gone out on a tour for a few days. Ajoba warns Mr Karkhanis to not step out of the house or else he won’t talk to him. Just then, Abhijeet comes home and tells Ajoba and Karkhanis that his restaurant is suffering losses from the last two years. He asks them to manage his accounts and offers a job to Mr Karkhanis.