Abhijeet is the perfect example of how to be an ideal husband and a son-in-law. Here are a few things that Soham needs to learn from him. Read on! 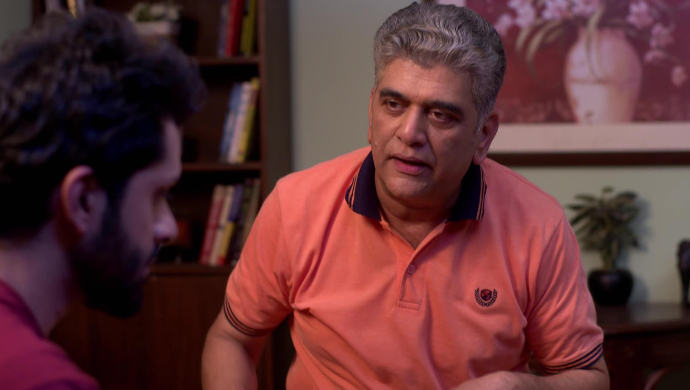 Agga Bai Sasubai is a popular family drama revolving around the life of a couple, Abhijeet and Asawari who have just gotten remarried. Asawari’s son Soham doesn’t approve of their marriage and therefore tries to disrupt their peaceful lives. Despite giving time to his own marriage with Shubhra, he likes to interfere in Abhijeet-Asawari’s private space. This is where Shubhra comes to their rescue. She’s a progressive woman who puts Soham in his place whenever he’s wrong.

In the recent episode, we saw how Abhijeet shifted to Asawari’s place to teach Soham a lesson. He did this to help Shubhra in the house who was on the verge of giving up on Soham. Abhijeet’s presence intimidated Soham and the latter planned to throw him out of the house. Along with Pradnya, Soham hatched a plan to get rid of Abhijeet. They decided to target Asawari’s self-respect by ridiculing Abhijeet. They even gave Abhijeet the tag of being a househusband who is good-for-nothing. A worried Asawari confronted Abhijeet but the latter didn’t seem to care about the tag. He instead said that he’s proud of being called a househusband and there is no shame in being tagged as one. Later, Soham gifted Abhijeet a pair of bangles to hurt his ego. Abhijeet handled the situation gracefully and looked rather pleased with Soham’s gesture.

Soham, as we know, can go to any extent to achieve what he wants. He has been the sole cause of trouble in Abhijeet and Asawari’s lives. He is a spoilt brat who doesn’t seem to worry about anything. However, he definitely needs to learn a thing or two from Abhijeet, who is a thorough gentleman. Here are a few things that we think Soham should learn from Abhijeet.

Soham is an irresponsible brat who needs to learn to behave himself in front of people, especially women. Remember how he tried to slap Shubhra for lashing out at him? He surely needs to learn how to respect women and who better to learn from than Abhijeet eh? The latter treats women equally and doesn’t judge them for being wrong.

Even though Abhijeet is a celebrity chef himself, he is as humble as a lamb. Unlike Soham, Abhijeet’s feet are always on the ground and he doesn’t let fame affect his attitude. On the other hand, Soham likes to be pampered by everybody and needs attention. He, therefore, needs to learn how to be gounded from Abhijeet.

Abhijeet is an old-school romantic who is often seen showing his mushy side. Some episodes earlier, he took extra efforts to make Asawari feel special by arranging a private dinner date for her in the middle of a lake. Recently, he had gifted a beautiful anklet to impress Asawari and made her anger go away. Isn’t that how a wife should be treated? Soham, you better be listening!

Some episodes earlier, Soham had behaved irresponsibly as Ajoba had lost his way back home. He put the blame on Shubhra for not taking proper care of Ajoba. Soham needs to take tips from Abhijeet on how to make elders feel loved. Ajoba disapproved of Abhijeet and Asawari’s marriage but Abhijeet gradually gained Ajoba’s trust and became his favourite son-in-law. Isn’t that amazing?

Abhijeet is a pro at shouldering responsibilities in both his personal and his professional life. Soham needs to learn from him and do something productive instead of just lazing around the house. Soham has to learn to be responsible for his actions and share the house’s burden with Shubhra.

What else do you think Soham can learn from Abhijeet? Comment below and tell us!

Catch all the episodes of Agga Bai Sasubai exclusively on ZEE5.

What Will Radhika's Next Move Be? Watch The Latest Episode Of Mazhya Navryachi Bayko, Exclusively On ZEE5!