What's the reason behind his visit this time? Read details inside to find out! 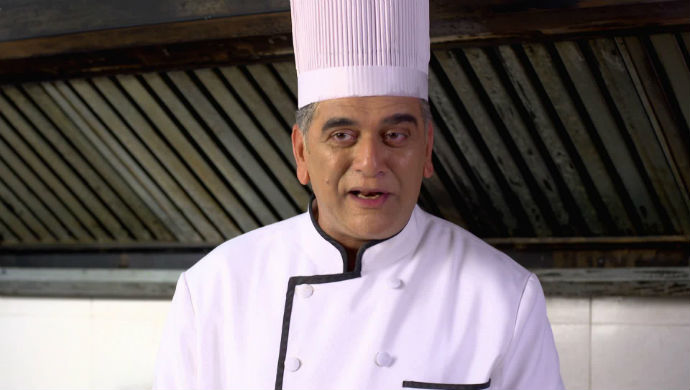 In tonight’s episode of Agga Bai Sasubai we saw Abhijeet requesting Asawari to help him learn the recipe of the dish that she cooked for him. Shubhra encourages her to go ahead. She enters the kitchen and starts preparing for the dish but nervousness gets the better of her. Asawari starts fumbling and dropping things. She even burns her dish and begins to cry. Meanwhile Ajoba asks Shubhra what’s taking Asawari so long and the latter says that she will have a look and come. She enters the kitchen and gets worried seeing Asawari cry. Shubhra consoles her and says that it’s okay to mess up.

Seeing Asawari cry, Abhijeet’s heart melts and he says that cooking in a new kitchen might be overwhelming for her. He offers to come to her house and learn the recipe. Shubhra commits on Asawari’s behalf and the latter gets conscious. The next day, Shubhra and Asawari start preparing to welcome Abhijeet Raje home. Just then the doorbell rings and Asawari’s friend comes visiting. She learns that Abhijeet is coming to her house and gets excited. Asawari gets nervous and Shubhra consoles her, saying that it was her first time in another kitchen and hence she was nervous.

Later, Shubhra gets a call from Abhijeet and Asawari asks him not to invite him over, as she is still nervous. Shubhra doesn’t listen and says that Asawari is at home and he can drop by. Meanwhile, Ajoba starts complaining of a stomach pain and says that it’s due to Abhijeet’s food that he is suffering. The episode ends with Abhijeet walking in as Ajoba is complaining about him.

How will Abhijeet react? And will Asawari be able to impress him with her cooking this time? Stay tuned for all the updates here! Catch all the episodes of Agga Bai Sasubai, streaming for free on ZEE5 here.

Agga Bai Sasubai 06 August 2019 Preview: Abhijeet Gets Into An Argument With Ajoba