In tonight's episode, Asawari gets worried about Abhijeet and tries calling him. But when he picks up the call, she disconnects it. 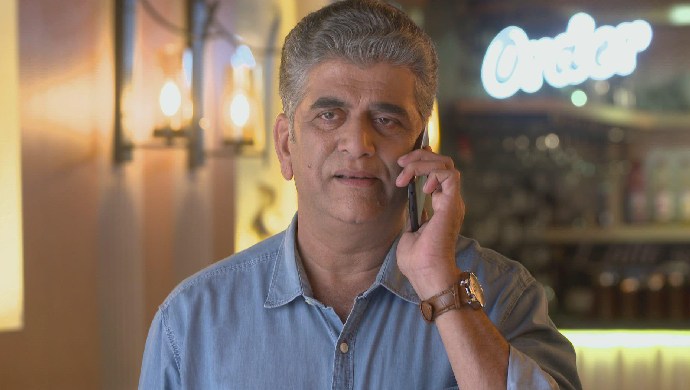 In the last episode of Agga Bai Sasubai, Soham brings sweets for Abhijeet and thanks him for saving his job. Shubhra asks him how he got his job back. The latter lies to her that he did not take anyone’s help, not even Abhijeet’s. Abhijeet clarifies to Asawari that he had asked him to deliver this cake to a special person but Vishwas misunderstood that it was Asawari that is why he came there. Asawari asks Pradnya to return the utensils she took from her a few days back. She then taunts Pradnya that everything that belongs to her will come back to her.

In tonight’s episode, Pradnya comes home to return the utensils she borrowed from Asawari. She tells her that she and Abhijeet have become good friends now and they are enjoying cooking together. Hearing this, Asawari feels jealous.

Later, Sulbha comes home and tells Asawari that Pradnya is spreading rumours that Abhijeet loves spending time with her. Shubhra notices that Asawari wants to speak to Abhijeet and stop him from going to Pradnya. She then tells Asawari that she wants to return a bowl that belongs to Pradnya. Asawari agrees to return it to her. But after going to Pradnya’s place, she learns that Abhijeet was never interested in learning recipes from her. Rather he used to spend time with Pradnya’s father and mother-in-law.

Navratri 2019: Get Inspired By Agga Bai Sasubai’s Shubhra And Buy These 5…

Asawari is worried about Abhijeet as he didn’t come at Pradnya’s place and neither did he shoot for his cookery show. She then calls him to see if he is fine but the moment he picks up the call, the latter disconnects it. Abhijeet calls Asawari back and asks her if she is still angry with him.