In tonight's episode, Ajoba realises that Mr and Mrs Karkhanis came back only because Abhijeet met them and handled the situation very well. 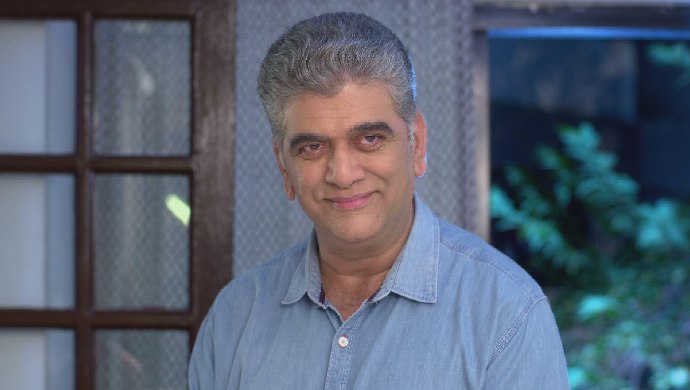 In the last episode of Agga Bai Sasubai, Abhijeet is distributing food packets to poor children when he sees Mr and Mrs Karkhanis standing near the bus stop. Upon asking where are they going, Mr Karkhanis lies to him that they going to their native. Abhijeet feels suspicious and calls Asawari to ask if everything is fine. Ajoba is angry at Mr Karkhanis because he lied to him about going to his nephew’s house. The latter tells him that Pradnya asked them to get out of the house because he broke an expensive glass.

In tonight’s episode, Pradnya lies to her husband that she tried to stop his parents but they left the house. The latter asks her to find out where his parents are but Pradnya applies a tomato sauce on her wrist and says that Mr Karkhanis raised hand on her.

Ajoba realises that Mr and Mrs Karkhanis came back only because Abhijeet met them and handled the situation very well. He thanks Abhijeet for bringing his friend back. The latter says that though the couple has returned home they need to do something that will lighten up their mood. Later that day, Abhijeet and other family members are seen playing card games.

Anandi Gopal: 5 Reasons You Should Watch This Lalit Prabhakar –…

Next day, Asawari and Shubhra try to wake up Soham who is sleeping in the main hall because Mr and Mrs Karkhanis used his bedroom. A few moments later, Mr Karkhanis comes there and because he was not wearing his glasses, he steps on Soham’s hand and the latter screams in pain. Ajoba says that it is his punishment for not waking up on time. Later, Ajoba asks Mr Karkhanis to get ready as they have to go to a lawyer and file a case against Pradnya.

Agga Bai Sasubai 5 November 2019 Preview: Pradnya Has A Condition To Forgive Her In Laws?