In tonight's episode, Soham takes Asawari for a lunch at Abhi's Kitchen and forces her to apologise to Abhijeet. 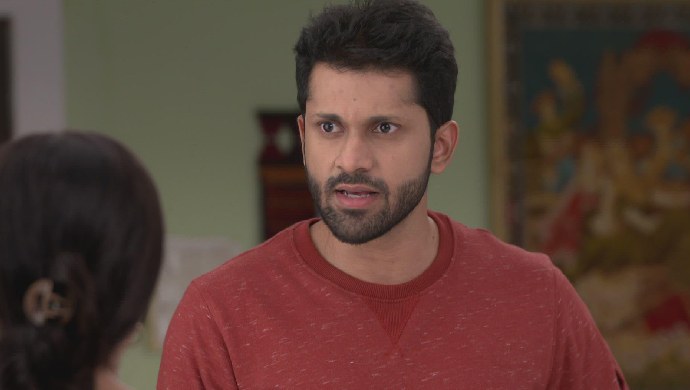 In the last episode of Agga Bai Sasubai, Asawari gets surprised to see Abhijeet at home. He asks her how is she feeling now and Asawari feels that he is making excuses to get to talk to her. Soham comes home and sees Abhijeet talking to Ajoba. He goes to Asawari and forces her to convince Abhijeet for his job. Shubhra sees that Asawari is uncomfortable talking to Abhijeet and asks him to leave. Shubhra tries to convince Asawari saying that Abhijeet did not have any bad intentions for her.

In tonight’s episode, Soham comes home and finds out that Abhijeet has already left. Shubhra tells him that Asawari was not comfortable talking to him that is why she asked him to leave. Soham calls Abhijeet to see if he is angry with them but the latter tells him that it was his fault that he came home. Soham tries to tell Abhijeet about his job but Abhijeet says that he will talk to Asawari when she is ready.

Next day, Soham makes tea for Asawari to make it up to her. When Shubhra takes a sip, she realises that it’s not good. Soham gives the tea to Asawari and apologises to her. He asks Asawari if she would like to go out for lunch so that they can spend some time together. Shubhra tells Soham to not take her to Abhijeet’s restaurant.

While walking with Soham, Asawari relishes old memories but Soham ignores her and keeps walking. A few moments later, Soham suggests her to go to Abhijeet’s restaurant. Soham asks the waiter to call Abhijeet and tells him that Asawari wanted to apologise to him. Abhijeet talks to him as a customer and asks him if there is any problem with the food. Soham forces Asawari to apologise to him but the latter says that she cannot do it.