Will she accept the offer? More details inside! 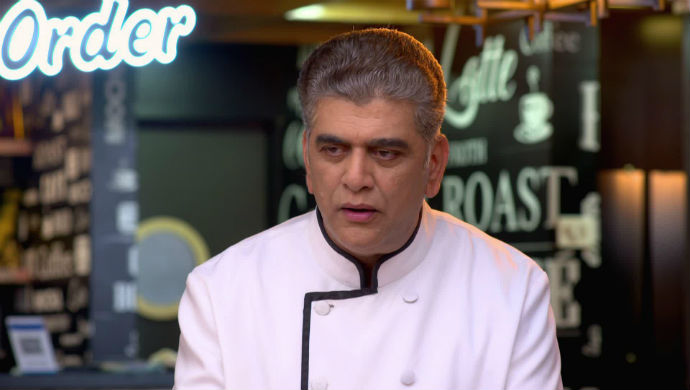 In tonight’s episode of Agga Bai Sasubai, we see Asawari busy in the kitchen when she gets a call on her cell phone. Shubhra picks up and hears Maddy from Abhijeet’s restaurant on the other end. She says she has called to confirm tonight’s invitation. Shubhra is confused and asks Asawari what’s going on. The latter tells her that she has been invited for a meal at Abhijeet’s diner. Asawari says she doesn’t want to go but Shubhra confirms the dinner to Maddy regardless. Asawari says she had told Abhijeet that it won’t be possible for her to come.

Shubhra says that she must go and even tells her to inform Ajoba. Asawari says it’s a bad idea since he doesn’t like eating out. Shubhra talks to Ajoba about Abhijeet’s restaurant and tempts him by listing his favourite food items that are available in the diner’s menu. He gives in and agrees. Shubhra gets excited and asks Asawari to cook her best dish and take it to Abhijeet’s restaurant as they can’t go empty handed. Meanwhile back at the restaurant, Abhijeet tells Maddy that he will cook all the meals himself. He says he will make Asawari’s favourite pumpkin dish that she had told him about.

Asawari cooks a dish for Abhijeet but is unsure about the taste. Shubhra takes a bite and assures her that the dish is great and Abhijeet will like it. Later, Asawari and the rest arrive at the restaurant and are welcomed by Maddy. Abhijeet walks in and talks to the family. Ajoba calls him a ‘chappal chor’ and Asawari calms him down. Ajoba says he wants to leave but Asawari tells him that Abhijeet has prepared a special meal for them and hence, they’ll have to stay. Shubhra says that they can leave but they will miss out on some delicious Pizza.

Abhijeet asks Ajoba what he would like and the latter demands a Pizza. Abhijeet obliges and the whole family relishes the meal. Afterwards, Asawari gives Abhijeet the dish that she had prepared for him. She tries to open the lid of the box but isn’t able to. She starts banging the box on the table to open it and Abhijeet gets embarrassed. Abhijeet offers to help and opens the box within seconds.

He tastes the dish and says it’s delicious. The episode ends with Abhijeet saying that he wishes to learn how to make the dish and invites Asawari in his kitchen to teach him. Will she oblige? Stay tuned! Catch all the episodes of Agga Bai Sasubai, streaming for free on ZEE5.