How does she manage to do so? Find out! 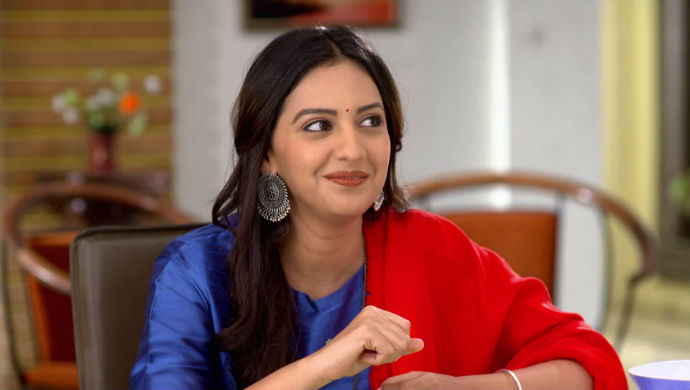 In tonight’s episode of Agga Bai Sasubai, we saw Shubhra ordering a microwave but Ajoba getting angry as he isn’t open to accepting new things. Later, Asawari visits the vegetable market with her friends. Abhijeet Raje is present at the same market too as he has come to pick up vegetables to stock at his restaurant. He fills in for an old woman at the mandi as he figures out that she’s sick. Abhijeet asks the woman to visit a doctor while he sits in her place and guards her vegetables. He covers himself with a cloth to hide his face.

Just then, Asawari walks in with her friends and visits the mandi where Abhijeet is seated. Soon, he reveals himself and is mobbed by Asawari’s friends. The episode ends with Abhijeet meeting Asawari and inviting her for a special meal at his restaurant.

In the upcoming episode, we will see that Asawari is hesitant to visit Abhijeet’s restaurant. One of her major reasons is that she can’t leave Ajoba alone. Shubhra intervenes and tempts Ajoba by saying that the men in Abhijeet’s restaurant has all the dishes that he loves. Shubhra says that all of them should eat a meal there together and Ajoba gets tempted.

How will Abhijeet react upon seeing Asawari and her family at his restaurant? Stay tuned for all the updates here! Catch all the episodes of Agga Bai Sasubai, streaming for free on ZEE5 here.