In tonight's episode, Abhijeet helps Mr and Mrs Karkhanis to get into their house and also teaches a lesson to Pradnya. 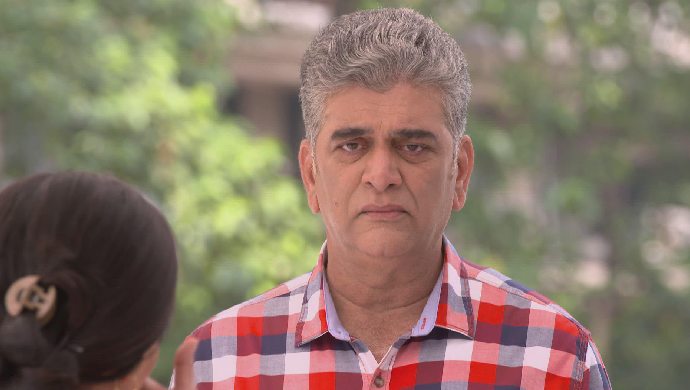 In the last episode of Agga Bai Sasubai, Pradnya comes home to see what is going on between Asawari and Abhijeet. She tells Ajoba that she has come to request Mr and Mrs Karkhanis to return home. Mr Karkhanis agrees and tells her that he has forgiven her and is ready to move back to their own house. While going upstairs, Mr Karkhanis tells Abhijeet that Asawari has taken care of everyone but now its time he should take care of her. Abhijeet gets shocked and asks if Maddy tell him anything. The latter says that he came to know on his own.

In tonight’s episode, Asawari feels bad for Mr and Mrs Karkhanis. Abhijeet assures her that he will teach a lesson to Pradnya and that too on the same day. Later, when Pradnya comes home, she gets shocked to see Mr and Mrs Karkhanis already inside the house along with Abhijeet, Shubhra and Asawari. She gets annoyed and is about to call the police.

Shubhra asks her if she has forgotten who the real owner of the house is. She also reminds Pradnya what will happen if the police come to know that she had earlier asked her parents to get out of the house. Hearing this Pradnya gets scared and realises that she might have to face the consequences. Abhijeet then tells her that if she wants to live in the house then she needs to abide by the rules set by Mr and Mrs Karkhanis.

Boyz Will Show You What Life In Boarding School Looks Like

Exclusive: ‘Nivedita And I Have Never Had Any Problems,’ Says Girish…

5 Heartwarming Scenes Between Dagdu And Prajakta In Timepass

Next day, Asawari makes a sweater for Abhijeet. A few moments later, Pradnya comes home and tries to spoil the sweater. But Shubhra smartly tackles the situation and saves the sweater from Pradnya. Later, Pradnya swears that she will reveal Abhijeet and Asawari’s secret before the world.