Soham's misbehaviour is checked by Shubhra's father who interrogates him. Read on to know more. 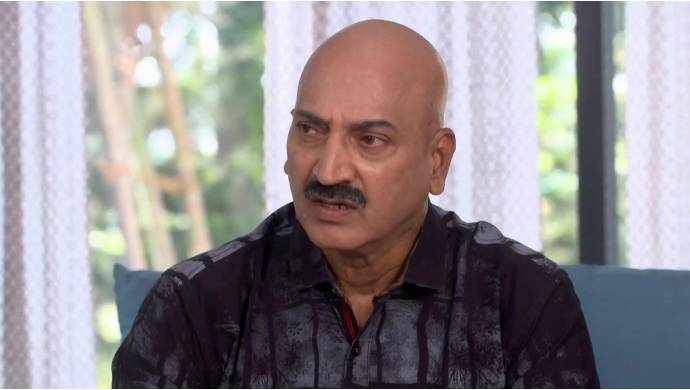 In today’s episode of the show Agga Bai Sasubai, Soham tries to ask Shubhra why her parents are visiting. He asks her if she is being tortured by him, and whether she is left to starve or is beaten up. Shubhra responds saying that if Soham has not done anything then why he’ so scared. Soham can be seen stammering out of nervousness and talking about past incidents. Shubhra tells him that if he feels that he is right then he must not be afraid of her parents. Soham says that she is right and plays the victim card by adding that no one tries to understand him in the house. Shubhra taunts him by saying that he has very understanding neighbours to fulfill his wishes and Soham asks her if she has told them about Pradnya.

Meanwhile, Shubhra’s parents tell Asawari and Abhijeet that they are proud of their daughter. They further add that since the last few months, Shubhra is single-handedly managing the household, finances, and chores. They feel that their daughter is very responsible and that is why she has to suffer. Abhijeet tells them that they should ask Soham and Shubhra about their decisions and then make conclusions accordingly. Soham is very scared and does not meet Shubhra’s father’s eye. He asks Soham about his career and Soham tells him that he wants to start his business and needs time to do so. Shubhra’s father further interrogates him and asks him about the financers, the office space, and the paperwork. He demands to see all this, but Soham tells him that this it is confidential and he can’t leak the information.

Will Shubhra’s father believe Soham? What do you think will happen next?