Will Shubhra stop him from finding out who she is? Read the details inside! 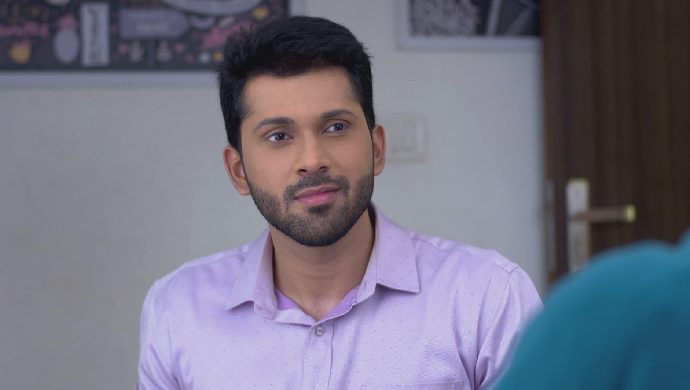 In the latest episode of Zee Marathi’s Agga Bai Sasubai, we saw Shubhra discovering that the new mangalsutra that Asawari has, has been given to her by Abhijeet. She thanks him for his generosity. Later, she, Asawari and the rest of the family dine at Abhijeet’s restaurant. Maddy blurts out to Soham that Abhijeet has a girlfriend and he is pleasantly surprised to know about the same. Later, Pradnya bumps into Abhijeet Raje and asks him about Asawari. He tells her to mind her own business and Pradnya decides to seek revenge.

Abhijeet visits Asawari and she tells him that she hasn’t had ice-cream in years. He takes her out for an ice-cream treat on his scooter. Pradnya notices the two and decides to follow them. Asawari and Abhijeet enjoy their ice-cream while Pradnya spies on them. In the upcoming episode, we will see Soham finding out that Abhijeet has taken his girlfriend out for ice-cream. He will drag Shubhra along and tell her that they can finally come to know of Abhijeet’s secret girlfriend.

Shubhra gets tensed and tries to make Soham go back. But he is close to finding out that Abhijeet is with Asawari. Uh oh! Do you think the Soham will spot the two together? Will Shubhra be able to distract him? Stay tuned to find out! Catch all the episodes of Agga Bai Sasubai, streaming for free on ZEE5 now.