In tonight's episode, while talking to Soham's friends, Shubhra learns that Soham has quit from work. 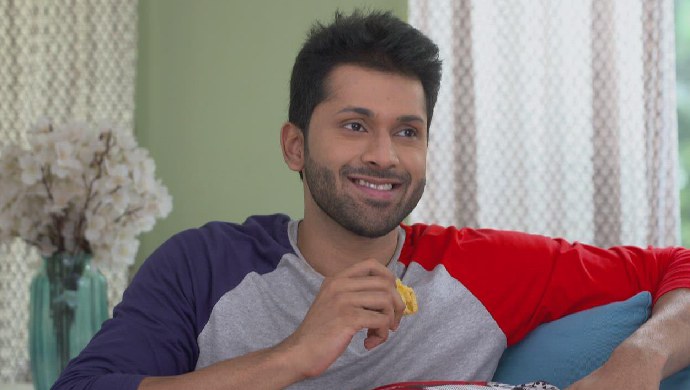 In the last episode of Agga Bai Sasubai, Asawari gets a call from Abhijeet asking her to come to the restaurant immediately. When Asawari reaches the restaurant, Abhijeet tells her that he needed her help to choose a shirt for an important meeting. At home, Soham calls his friends to watch a cricket match. Ajoba gets disturbed by their noise and asks them to stay silent. Meanwhile, Abhijeet tells Asawari that he is going to the market so he can drop her to the market.

In tonight’s episode, Asawari sees Abhijeet on his bike and hesitates to go with him. The latter convinces her and tells her that it would be fun. Both of them go to the market to buy vegetables. While Asawari is buying vegetables, Abhijeet keeps staring at her and forgets that he too came there to buy vegetables. She reminds him about it and when both of them are done, Abhijeet tells her that he will drop her home.

At home, Shubhra comes to know that Soham has already left his job through one of his friends. She gets angry at him and asks him why he did not inform any of the family members. He tries to clarify that he did not feel it was important.

Later that day, Shubhra notices that Asawari is very happy. Upon asking the reason, she says that Abhijeet had called her to the restaurant as he wanted her help in selecting a shirt for an important meeting. Shubhra sees that Soham is listening to them by hiding near the kitchen. After a while, she gives him eight days to find a new job and says that if he doesn’t find one then she will tell about his job to Asawari.