In Agga Bai Sasubai, Ajoba wants to make Abhijeet cook for them at their house. 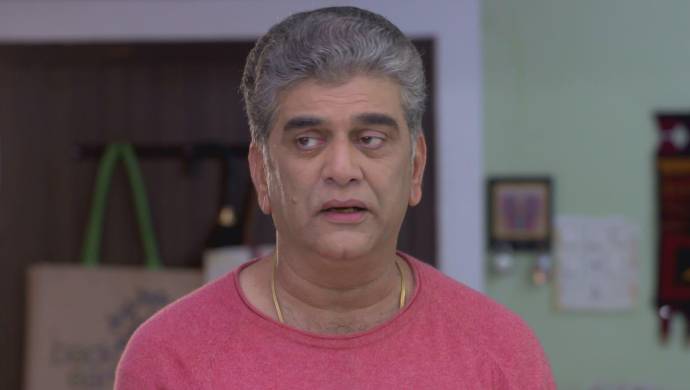 In the episode of Agga Bai Sasubai, Asawari is angry with Abhijeet who tries to apologise. Then, Asawari starts screaming for the cops and Abhijeet has to run away on his bike. Meanwhile, in Abhijeet’s absence, Maddy is funnily boasting that the responsibility of the whole restaurant is now on her shoulders. As she is showing off, Abhijeet enters and reprimands her for being unprofessional in front of the staff. He is frustrated because of Asawari’s disappointment and he takes it on Maddy. After Abhijeet leaves, Maddy starts crying.

Maddy calls Shubra to update her about the misunderstanding between Abhijeet and Asawari. Maddy realises that Asawari’s father-in-law is there at home and decides to warn Abhijeet about it. But, he ignores her calls and enters Shubra’s house. There, he begins explaining Shubra the situation between him and Asawari as Ajoba overhears Abhijeet. He has to give Ajoba the bouquet that he brought for Asawari. The bouquet has a sorry note stuck on it. Seeing this, Ajoba asks Abhijeet the reason for an apology and the latter says it’s because he had disappointed Ajoba before he went to his village. Then, Ajoba begins to narrate the story of his accident.

As Abhijeet tries to escape from Asawari’s house, she reaches home. She scolds Abhijeet and notices Ajoba’s injury. After speaking to her, Ajoba announces that Abhijeet will cook for them at Asawari’s house.